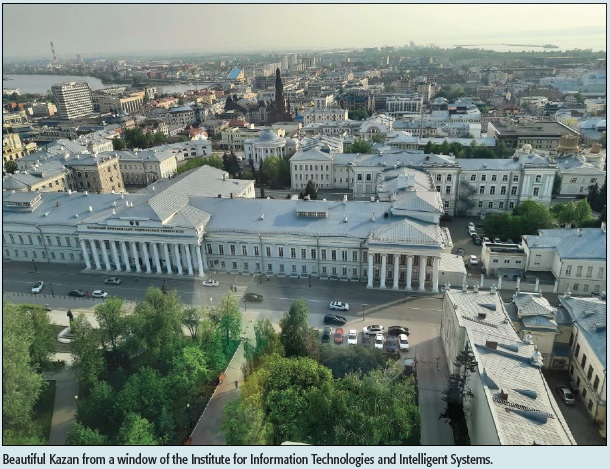 The XV Siberian Conference on Control and Communications (SIBCON), the flagship conference of the joint Tomsk IEEE Chapter, was held in Kazan, Russia in May. This series started in 1995 to focus on the convergence of communications and control technologies. In particular, the discussions highlight the practical problems related to this field. Previous meetings took place in Tomsk, Krasnoyarsk, Astana, and Moscow.

The conference comprised 100 presentations divided into three tracks. On the first day, sessions dealt with various aspects of communications, such as QoS, signal processing, wireless technologies, antennas and propagation, and additional topics including network control and satellite communications. The papers presented on the second day covered control and robotics. The papers presented on the final day were related to technical excursions in the frameworks of the conference and social program.

Plenary sessions were organized to give insight into new developments in the theory and practice of advanced control and communications. The keynote speaker, Yuri Choni, a professor in the Radio Telecommunication Systems Department of the Kazan National Research Technical University. spoke about the engineering approach to antenna synthesis and its role in research in the field of communication via a geostationary satellite. He proposed an extremely fast algorithm for antenna synthesis based on some robust engineering assumptions.

Professor Max Talanov from Kazan Federal University presented a brain-computer interface (BCI) overview in the context of integration with robotic and biological systems starting from classical perception up to the current breakthrough technologies of BCI, which could change the scientific outlook of the field. He referenced many interesting projects dedicated to BCI.

The attention of many participants was paid to an emerging topic, “Robotics and Information Systems for Disaster Management”, which was addressed by Evgeni Magid, the General Chair of SIBCON, Professor at the Institute for Information Technologies and Intelligent Systems (Kazan Federal University) in the report and at the allied invited session. Another point of interest were the sessions on distributed temperature sensors, the borehole telemetry transfer system, with application to MWD-LWD geophysical systems, a topic independently initiated and widely studied by the Tomsk Chapter members.

The invited lectures were very different and presented a wide range of achievements and perspectives in communications, control, and its applications. In the session on control, various problems related to analysis, identification, and control of complex dynamic systems, with an emphasis on both theory and applications, were considered. The conference allowed the organizers to bring together and cross-fertilize ideas from these fields which have many similarities. Significant attention was paid to the analysis and design of neural networks, robotics, unmanned aerial vehicles, and AI. A number of the papers addressed the problems of analysis of complex behavior in cyber-physical systems. Participants presented the most recent research and shared ideas. We are proud that SIBCON is able to attract very outstanding people, and the connections in the academic community are very strong. It should be noted that the Conference offered a balance of ideas of science and practice, a wide range of areas for applications of information technology in communications. Of course, the Organizing Committee should be credited for a rare combination of a strict timetable for plenary sessions, an unobtrusive rhythm of speeches and discussions in sessions, and an almost home atmosphere. 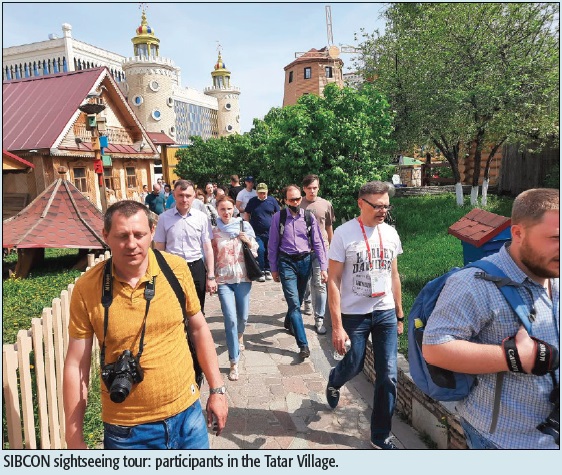 The conference was held at the Kazan Federal University located in the historic section of Kazan, the third Russian city. The city has witnessed many exciting events in history and still plays a very important role in its scientific and cultural life. The participants had the opportunity to enjoy the historic sites and the beauty of this city, including the masterpieces of the Kazan Kremlin, palaces, and charming districts.

Recent months have had a negative effect because all research work is based on the co-authors’ communication, but research in one location has lowered productivity. Time is especially valuable for scientists. Now scientists are in some euphoria because we can participate in a large number of conferences at once. However, there is no substitute for human communication based on a real exchange of energy and emotions. Now communication and relationships have changed. Formats of professional events have become more efficient and ergonomic. The academic conferences will be modernized like everything in the world. Offline events already have developed a certain culture and traditions, and have become part of scientific community life. Therefore, we need to continually invent ways of comfortable discussions. In this SIBCON Conference we succeeded.

Thanks to the face-to-face format and only to a small extent remotely, we could keep the unique atmosphere of the in-person conference and the luxury of connection between professionals. Of course, in the future, people will try to combine formats, because the social aspect is extremely important. We have been parted with the hope of future meetings, counting on understanding and partnership in solving common problems.