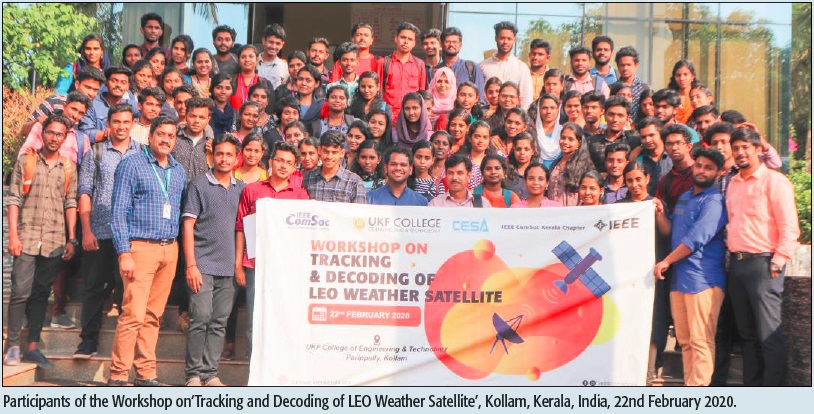 A workshop on “Tracking and Decoding of LEO Weather Satellite” was organized by the IEEE ComSoc Kerala Chapter in association with ComSoc SBC UKFCET and CESA (Communication Engineering Students Association, UKFCET) on 22 February 2020 at UKF College of Engineering and Technology, Parippally, Kollam, India. It was a hands-on session and was the first event of the IEEE ComSoc Kerala Chapter in 2020. The session was organized by two licensed ham Operators: Mr. Vipin V A (assistant professor in the EEE Dept., Govt Engineering College Idukki; license no 37109 – call sign: VU3VVA); and Mr. Shankar Jayaraj (assistant professor in the ECE Dept., UKF College of Engineering and Technology, Kollam; license no 42238 – call sign: VU3FIY). 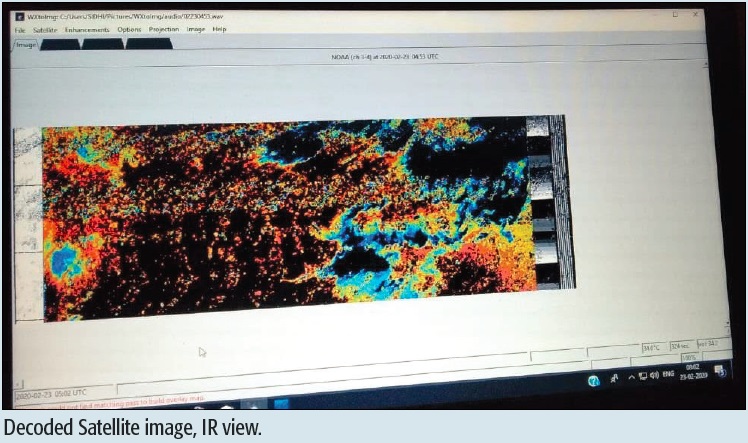 The day started with tracking of the NOAA satellite live image capture from 9.20 am to 9.40 am IST (22 February). The students could see the live image capture of the satellite and were very enthusiastic about it. An introduction to wireless communication and installation was given, covering various types of signal transmission formats and classification of satellites. The participants were introduced to equipment used in satellite tracking like SDR dongle and QFH antenna along with software such as SDR#, Wxtoimg, LRPT Decoder and Orbitron for decoding the downlink data from the satellite. By using mobile applications such as ISS Detector and Heavens Above, participants gained knowledge on how to track a satellite. Pre-downloaded satellite data by licenced instructors were given for decoding. The students decoded the satellite data to obtain cloud precipitation, temperature, clear aerial view image and IR view image.

The workshop was a great success with positive reviews from 83 participants including IEEE members and ComSoc members. The participants were very much satisfied with the quality of the sessions and shared it as a different and great hands-on experience in satellite communication.