WICE Activities in 2017: Promoting the Visibility and Roles of Women Communications Engineers 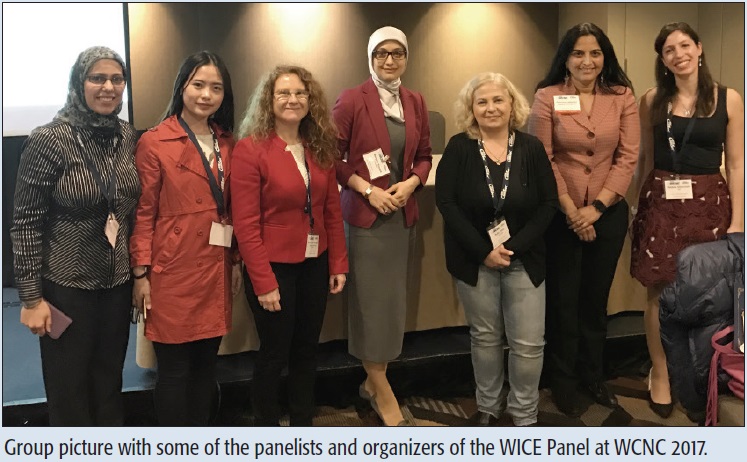 WICE represents the IEEE ComSoc Women in Communications Engineering Standing Committee. According to our mission of promoting the visibility and roles of women communications engineers, as well as providing a venue for their professional growth, we organized different activities in 2017, in conjunction with three main IEEE ComSoc conferences. 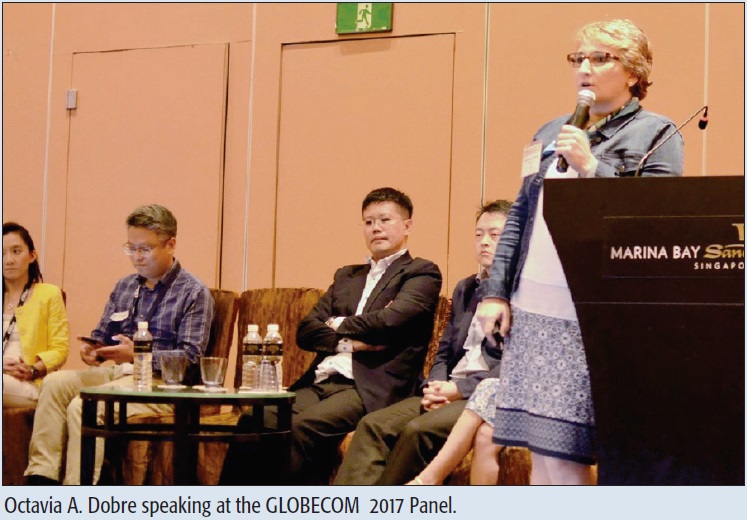 The invited speakers and attendees shared their own experiences, as well as the initiatives of their respective organizations to attract and retain female communications engineers. They offered interesting perspectives from industry and academia on how to encourage and support young women who are initiating their careers in communications engineering.

The discussion was preceded by the invited talk of Asha Keddy (Vice President, Intel Communication and Devices Group and General Manager, Next Generation and Standards, Intel Corporation), who offered statistics about how diverse teams perform better, and shared her very inspiring story “from youthful passion for technology and education to executing a technology vision that will transform the world.”

The interesting discussions continued with the following invited panelists:

They provided their point of view on questions such as, “What is your organization doing to encourage/support young women in communications engineering?” or “How to balance their research and life?”

The event also received support from WICE and N2Women, through three travel grants for female students to partake in its organization.

Joint event with ComSoc YP at ICC 2017: With the theme “Navigating Your Career in Telecommunications,” the luncheon event was organized by IEEE ComSoc Young Professionals (YP) and WICE at the IEEE International Conference on Communications (ICC) in Paris, France, in May 2017.

It was an interactive and exciting session with a panel consisting of the following young and senior telecommunication professionals, who helped unravel “Hot topics in communications,” and provide insights on how YPs and women can achieve a successful career in academia, industry or in a start-up company:

The event received support from WICE through two travel grants presented to female students who contributed to its organization. 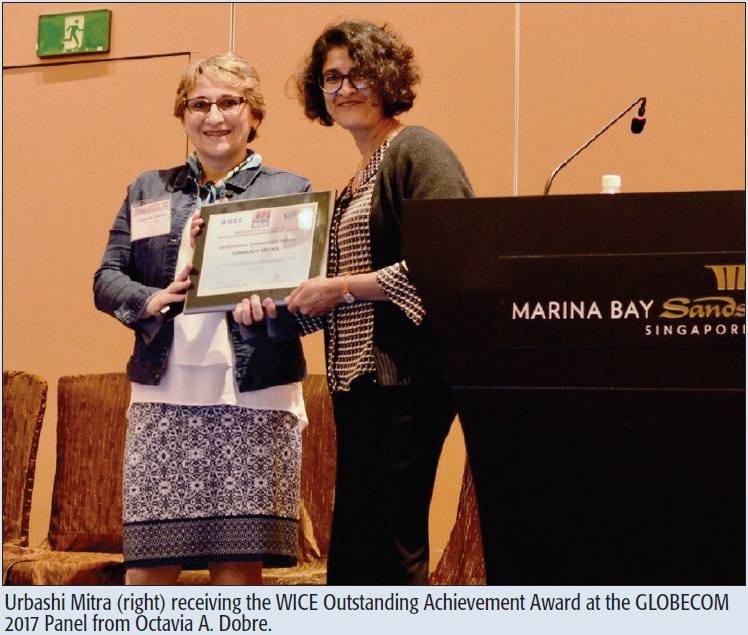 YP/WIE/WICE Panel at Globecom 2017: Held in Singapore, within IEEE Global Communications Conference (Globecom) in December 2017, the panel was organized by the IEEE YP, IEEE Women in Engineering (WIE) and IEEE ComSoc WICE, with the subject “Research, Innovation and Commercialization – Opportunities and Challenges.”

Since research, innovation and commercialization are three crucial elements to sustainable growth of a knowledge-based economy, the panelists shared the view that knowing what are the opportunities and challenges at each of these stages is beneficial to a researcher, engineer, or scientist.

At the event, the 2017 WICE Outstanding Achievement Award was presented to Urbashi Mitra, University of Southern California, USA. This is one of the four awards that WICE presents annually to recognize its members, namely:

Besides the previously mentioned awards and travel grants, WICE also supports the IEEE ComSoc Child Care Grant program, which started with a pilot program at IEEE Globecom 2016, and has continued through 2017. Through this program, IEEE ComSoc members who attend ICC and Globecom are partially reimbursed for child care expenses incurred when travelling with their small children to the conference or when leaving the children at home while attending the conference.

We would like to thank the IEEE ComSoc Board of Directors for their support of WICE activities, and hope to see you all at the WICE events. If you are interested in volunteering with WICE, please contact us (see the WICE web site for contact information http://wice.committees.comsoc.org/).