By Keattisak Sripimanwat - Chair of the IEEE ComSoc Thailand Chapter 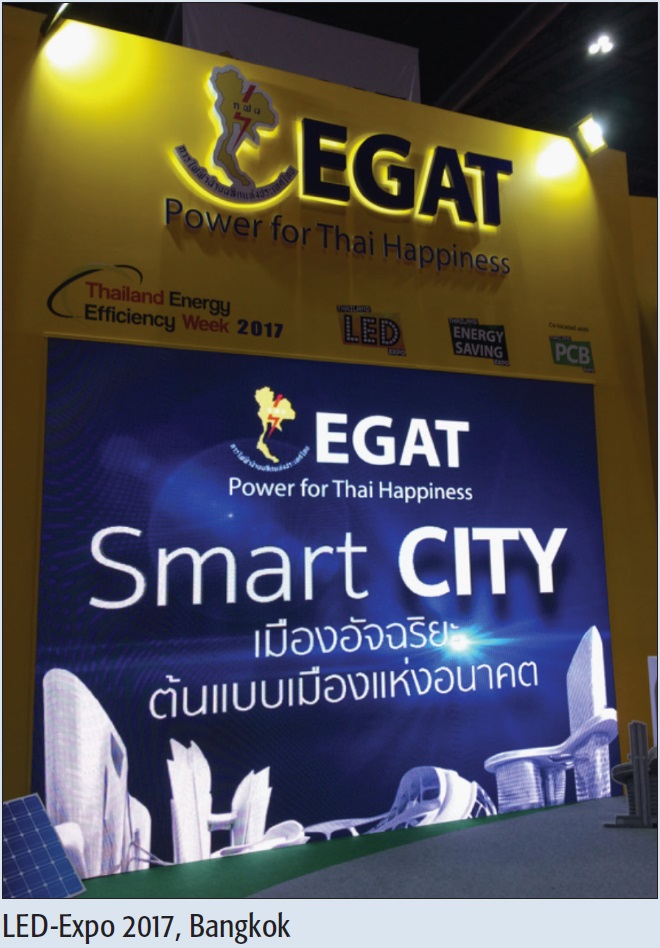 An annual event sponsored by the Electricity Generation Authority of Thailand, involving a number of LED manufacturers, lighting and energy policy makers, academia, and many others, was organized on 11-13 May 2017. It included an industry panel, business matching, an exhibition, a lamp design contest, seminars, and other activities. Among popular LED application areas for the niche market, visible light communication (VLC) is a promising technology. IEEE ComSoc and the ECTI-Telecom chapter then presented a combined topic of lighting and communication with a two-hour talk in this expo. The presentation was focused on the widespread controversy of VLC migration being “LiFi (Light Fidelity).”

Referring to the amazing coined word similar to the traditional WiFi, LiFi has been in use for many years with an astonishing impact, such as a hundred times faster than WiFi, up to a hundred billion dollars forecasted market value, impressive news from the world’s top media, and multiple awards from various organizations. A few unforgettable quotes were created, such as “Forget WiFi: meet the new LiFi Internet” and “Wireless data from every light bulb.” Various demo-clips have also gone viral. Eventually, two sides of the same coin have been unveiled recently appearing both as true stories and fake news.

In this second time at the LED-Expo, a VLC white paper was debuted with a talk structured chronologically from the basics of visible light through the development of optical communication, to the final proven surveys on patents, publications, prototypes, standards, marketing reports, and news on the main media. Audiences were also asked to consider four basic criteria throughout the talk, specifically whether LiFi is low-cost LED or high-cost and a more complex laser/LED, fixed wireless communication or with mobility, dual lighting with data or communication solely, one way (simplex) or full duplex-optical communication.

Among those six surveyed topics, clear evidence of this eye-catching technology is on only the patent (i.e. a Korean mobile phone company is the top assignee, and the chairman of the IEEE 802.15.7 task group (2009) is listed as the top inventor). Meanwhile, the remaining five menus fall into the shadow of doubt!

Briefly, it is highly surprising how LiFi impresses people without independent reviews neither on claimed prototypes nor those magic videos. And even in peer reviewed publications claiming beyond Gb/s experiments, they are too far from practical communication environments. However, a number of media reported those labs were set up as the world’s milestone wording with “tested,” “real environment,” “true pictures,” and “LiFi: 100 times faster than WiFi.” Moreover, the definition of this WiFi counterpart has been migrating gradually as many traditional optical free space products also renamed themselves to LiFi. Not only that, a signal from a fixed lamp or even a blinking LED on children’s shoes are called LiFi as well.

In this seminar, all surveys were verified by 25 audiences. They were also invited to re-investigate rumors of LiFi and its multi-billion dollar market report, meanwhile a fixed definition or an industrial standard was announced. Most audiences agree that LiFi is still experiencing a silent mutation and is being unnaturally promoted. Of course, misconceptions about those ambiguous stories are following continuously.

Finally on the positive side, an animation was created for our talk showing unlimited LiFi (replacing WiFi). It could be built only when there is no concern about the high cost and complicated technology behind it, because it is imagined only for James Bond or a SciFi movie!

The full presentation and the white paper are available for free at the Thai IEEE ComSoc & ECTI web site in order to promote VLC into the LED niche market, and also to shield our society from related fake news.

“Visible light spectrum is what humans can see, but some invisible stories behind LiFi have misled our society for almost a decade”