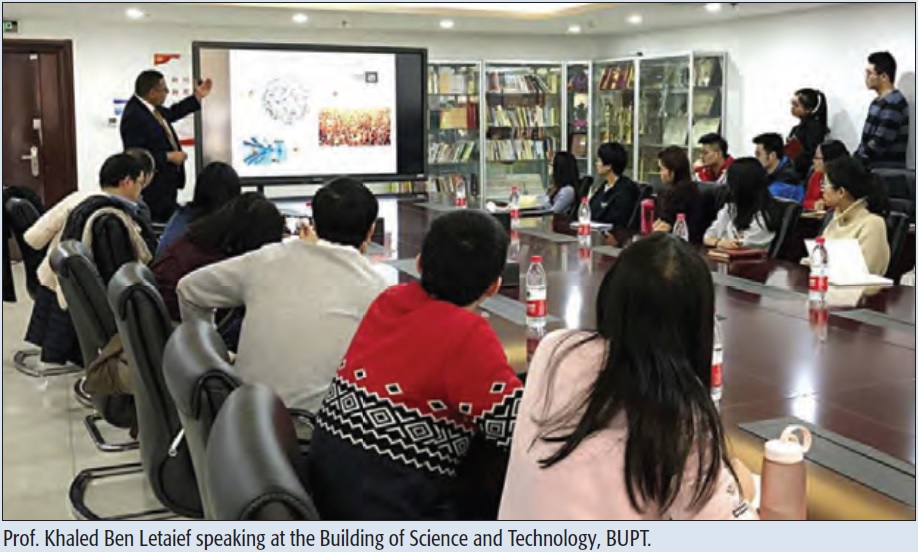 The IEEE Communications Society Beijing Chapter has been in operation since December 1987. The chapter is now made up of the Chapter Chair Professor Xiaofeng Tao from Beijing University of Posts and Telecommunications (BUPT), the Vice Chair Prof. Yiqing Zhou from the Chinese Academy of Sciences, the Secretary Dr. Yu Chen from BUPT, professionals and students from different universities, research institutes and companies in Beijing. Currently, the chapter is actively engaged in various actions including Distinguished Lecturer tours and IEEE ComSoc sponsored conferences.

On 18 January 2019, the chapter was pleased to invite the IEEE ComSoc president, Professor Khaled Ben Letaief from Hong Kong University of Science and Technology (HKUST), to visit BUPT. Prof. Letaief gave an exciting talk on the “future wireless innovations and evolution” starting at 10:00 am in room 610 in the Building of Science and Technology. The talk attracted approximately 50 university scholars and students.

In this talk, Prof. Letaief first introduced the opportunities of next-generation wireless networks, and then described the key challenges and requirements such as ultra-low latency and massive connectivity for smart cities, green communications and environmental monitoring application scenarios. Considering the demand for green communications, he explained the power allocation problem in different scenarios. For massive connectivity in ultra-dense networks, he also introduced the current progress in massive MIMO technologies, including MIMO beamforming with transmit diversity. The talk was well received with a lively discussion between Prof. Letaif and the attendees. 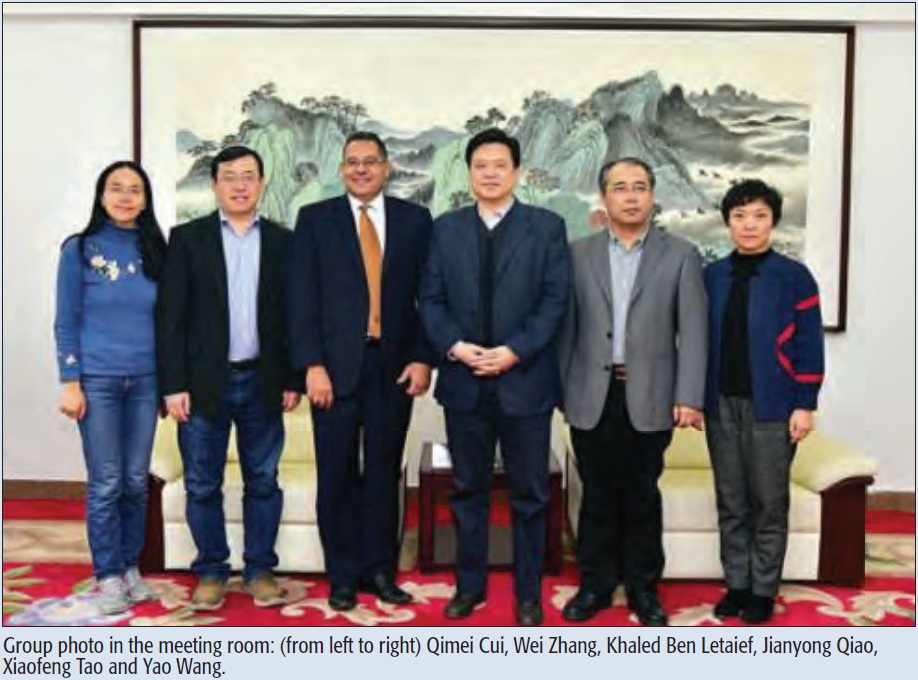 The afternoon program started with a meeting hosted by Prof. Jianyong Qiao, the President of BUPT. Prof. Wei Zhang from the University of New South Wales, ComSoc Asia-Pacific Board (APB) Vice Director, and a number of professors from BUPT also attended the meeting. A technical tour of the State Key Laboratory of Networking and Switching Technology was later conducted. This tour was guided by Prof. Xiaofeng Tao to present their newly developed trial system named the MORE 5G (dynaMic coperation & Openness & viRtual Environment). This system demonstrated the ultra-dense network concept and the capability of data aggregation in heterogeneous networks for future 5G systems. The data rate achieved was up to 12.75 Gbps. The entire tour was enjoyable.

In conclusion, we were thrilled by how Prof. Letaief’s visit was received. Moreover, we warmly welcome all distinguished lecturers from the information and communications technology (ICT) fields to visit the Beijing Chapter as well as BUPT.