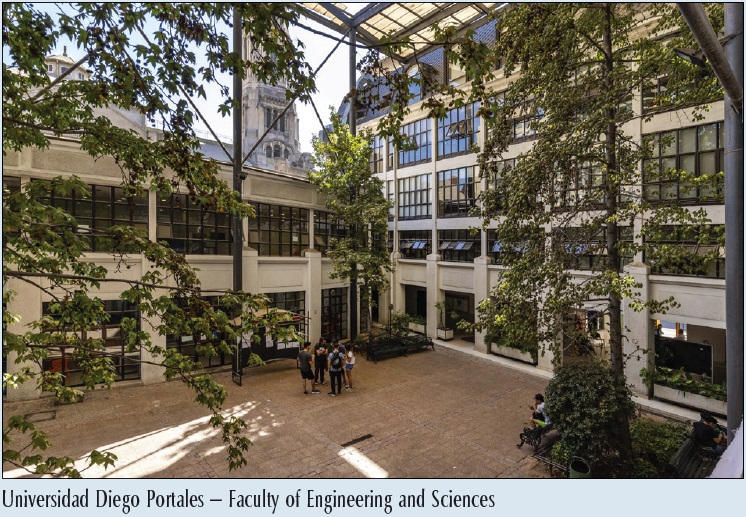 The Universidad Diego Portales IEEE Student branch (IEEE-UDP), now close to its 12th anniversary, is hosting the first Student Branch (SB) ComSoc Technical Chapter in Chile. The Student Branch has consolidated not only a strong nucleus to keep growing in membership, but also has grown in complexity in terms of specialization groups.

Historically, IEEE-UDP SB has organized both national and regional activities: it co-hosted a Regional Student Branch meeting and two National Student Branch meetings as well as many support courses, has participated in the IEEExtreme programming contest since 2012, received a number of SIGHT grants for different humanitarian projects, and also became a fundamental part in the organization of robotics contests at the university, among several other achievements.

The brand new IEEE-UDP ComSoc Technical Chapter, given the growing interest in telecommunications, is motivated by current technical challenges such as the worldwide evolution toward new Internet of Things protocols, satellite constellations for the Internet, WiFfi6, and 5G deloplyment; associated with the student’s interest to understand them and be able to apply them in their future projects. The Chapter will be hosted initially at the SB office at the Faculty of Engineering and Sciences.

The first activities of the SB Comsoc Technical Chapter will be to organize an official meeting and to elect the initial technical chapter positions as needed. They will follow with a social activity to encourage new student members to join the SB ComSoc Technical Chapter so as to organize telecom student projects during 2022. Moreover, the chapters’ members plan to collaborate with other Student Branches from different universities in Chile to foster the creation of their own Technical Chapters.

From ComSoc Chile, we are proud of this , and we expect that this new vibrant community will grow and generate exciting projects to enjoy the art of telecommunications. We would like to give a warm welcome to the founding members of the IEEE-UDP Student Branch ComSoc Technical Chapter; from ComSoc Chile Chapter, we offer our support and help to develop the planned activities.