Talks on Amateur Radio in the Indian Ocean 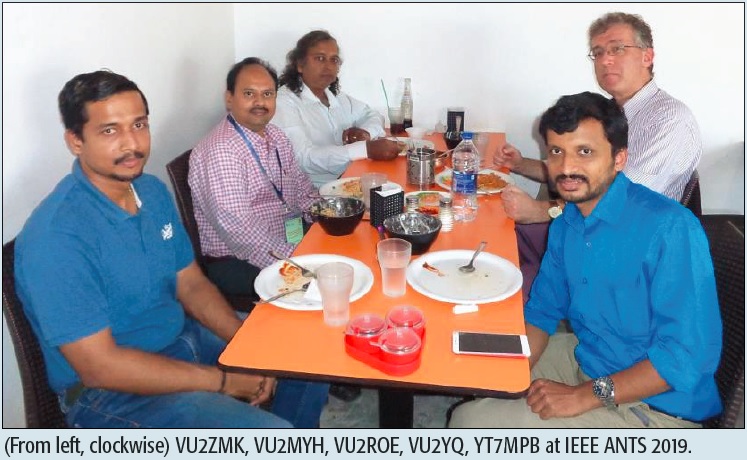 The 7th edition of IEEE Radio and Antenna Days of the Indian Ocean (IEEE RADIO 2019) was held in Reunion Island from 23 to 26 September 2019. The aim of the conference was to discuss “recent developments, theories and practical applications that cover the whole scope of radio frequency engineering, including radio waves, antennas, propagation and electromagnetic compatibility”. Besides IEEE, the event was co-organized by the Radio Society (Mauritius), and the Université de La Réunion. IEEE RADIO 2019 featured Best Student Papers, a Young Scientist Award and an Industrial Engineering Paper Award. Professor Vikass Monebhurrun and his associates Frédéric Alicalapa and Alexandre Douyere took care that the conference performs in a pleasant and fruitful atmosphere. Prof. Tapan Sarkar, a doyen of the conference, attracted the audience by questioning presenters’ results and posing provocative comments intended to initiate reconsidering scientific contributions discussed in several papers.

IEEE RADIO 2019 hosted one half-day tutorial session, titled “Designing Amateur Radio Communication Networks at Home, School, and Work”, and performed by Miroslav Skoric from the IEEE Austria Section. Besides the tutorial, the conference program included a special session for radio amateurs, which provided an opportunity for local ‘hams’ from Reunion Island, as well as for an amateur radio enthusiast from Mauritius, to present their own activities in that field. Having in mind that the amateur radio community is widely known as a promoter of engineering and technology among ‘ordinary’ people, the conference decision to include such a session was a great achievement. Thanks to the understanding of the French telecommunications regulatory agency ANFR (Agence Nationale des Fréquences), a special radio license was issued on time, which enabled the presenter to provide practical tests ‘in the field’. Local enthusiasts Patrick FR5FC and Jacky FR4NP were of great help in providing radio equipment and other logistics for the special session. FR5FC and Jean Marc 3B8DU actively contributed to the special session by informing the audience about amateur radio in Reunion Island and Mauritius.

IEEE RADIO 2019 also had a single industry-related presentation, which was completely performed in the French language. 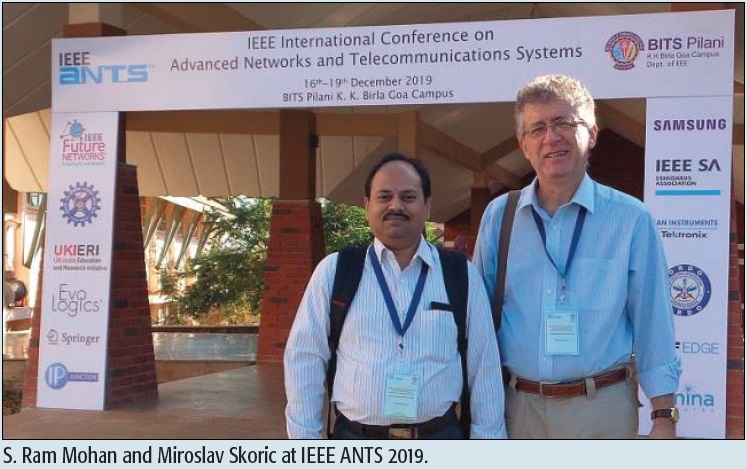 The 13th IEEE International Conference on Advanced Networks and Telecommunications Systems (IEEE ANTS 2019) was held December 16-19, 2019, at Birla Institute of Technology and Science, Pilani K K Birla Goa Campus, Goa, India. The event mostly attracted domestic students and researchers living in India, and also several of Indian origin who reside abroad, but only a few foreign participants came from other countries. Besides parallel sessions, the conference included a half-day mixed industry-governmental panel on the presence and future of wireless technologies in India. Many attendees spoke with panelists in Hindi dialects. Because of that, IEEE ANTS 2019 gave an impression of a ‘national event with foreign participation’ rather than of a truly international meeting. On the other side, it remained unclear why more scientists from other parts of the globe did not participate.

Nevertheless, the tutorial on amateur radio communications and computer networking, performed by S. Ram Mohan VU2MYH from the National Institute of Amateur Radio (NIAR), Hyderabad, and Miroslav Skoric YT7MPB from the IEEE Austria Section, provided insight (in English) on emerging and state-of-the-art ways to communicate internationally by using amateur radio frequencies. Local radio operator volunteers, Amey VU2YQ, Mahindra VU2ZMK, and Roni VU2ROE, did their best to provide a reception demo for the newest geostationary satellite Eshail’2 QO-100. The tutorial also provided a chance to exchange knowledge and experience in ‘ham’ radio, at least between Asian and European communicators, and the whole session contributed to better mutual understanding and overcoming cultural differences.