Orange: A Romanian Success Story An Interview by Nicolae Oaca 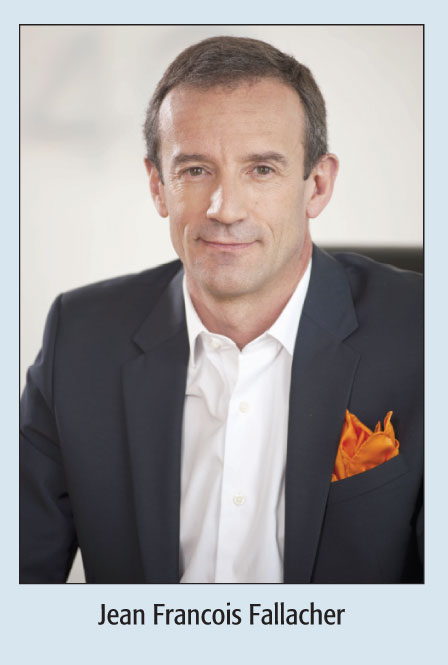 Jean Francois Fallacher has been Orange Romania’s CEO since July 1, 2011. He is also the president of the BoD. Orange Romania has been a market leader for more than ten years, while in the last four years, under his leadership, its leading market position was consolidated.

Q. Please explain what is behind your succes.

JFF: In 2004 Orange became the leader in the Romanianmobile market by offering customers last-generation technologies and reliable services, based on an extensive and performant network.

Many things have happened since I came to Romania: HD Voice, 4G and 4G+, and a multi-screen TV service. Despite the very competitive Romanian market, we remained the customers’ first choice by listening to them and investing in both infrastructure and innovative products and services.

In order to stay on top, we pay a lot of attention to the professionals we recruit for our team,people keen on listening to customers’ voices and looking to the latest trends. We have been making massive investments in our 4G, 3G, and 2G infrastructures, and we are focusing on value in the market in this digital world.

Q: How about the use of mobile technologiesin Romania?

JFF: In recent years, we’ve invested in a very performant 4G network, already covering 95 percent of the urban population and 67 percent of the entire population. We’ve also made investments to improve our national 3G+ network. We have by far the largest 4G coverage in the country, mainly in cities, where we saw a greater demand for high mobile Internet speeds. At the same time, we are currently running an extensive network refresh plan to improve our 2G and 3G coverage in cities and rural areas across the country, as well as the mobile data experience for our customers.

Our ambition for the next five years, set through our strategy Essentials 2020, is to provide everyone with an unmatched customer experience and allow customers to be connected to what is essential to them. One out of two subscribers buying a subsidized phone from our retail network choses a smartphone. They need good coverage to keep in touch with their families and friends through voice and SMS, and our investments are going toward them also.

Q: What is Orange’s 4G approach for Romania?

JFF: In 2012 and 2013 we massively invested in 4G network preparation and modernization in the cities. In 2013 alone, the level of investments, mainly directed to 4G, was the highest since the beginning of the economic crisis, 30 percent higher than in 2009. Last year we started a new chapter, investing particularly to extend 4G and to offer performant and reliable services regardless of the network, and we also launched the first 4G+ network in Romania, in six cities.

Customers can also enjoy a very rich portfolio of 4G devices for all needs and budgets, 4G services in all our subscriptions,and also a wide range of services like Orange TV Go, Orange Cloud, or Deezer. Orange PrePay customers were the first prepaid users on the market to have access to 4G and the only ones fora long period of time.

The results so far show us that we’ve made the correct decisions. In the second quarter of 2015, our Internet traffic increased 112 percent compared with 2014, while the number of 4G users reached 600.000. According to the latest ANCOM official statistics,Orange ranked first in the speed tests run in 2015 in the Netograf app, offering its customers the best download speeds on mobile for indoor locations at 34.15 Mbps, and for outdoor locations at 52.81 Mbps.

Q: How about the Romanian market?

JFF: Compared to other countries where I have been, the quality of the telecom infrastructure in Romania is extraordinary. This is an interesting place for telecom, very competitive and very dynamic. Romania offers high quality Internet services, ranking fifth worldwide on the current Net Index for data transfer speeds, while having among the lowest prices in Europe because of the low wages. Last years’ European regulations, as well as local legislation changes, have led to some challenges that affected the entire market.

In the four years I have been at Orange, I have watched the country change in a good way. I came here just after the economic crisis, in the middle of a price war, which seemed normal due to the context. Romanians are open to technology and to what is new. Price remains very important, but the overall experience with an operator has also become a significant factor in the purchase decision, encouraged by the country’s recovering economy.

JFF: In the entire telecom market, the first quarter’s performance was still affected by the interconnection tariff regulations. Starting with the second quarter these effects are becoming weaker, while some special taxes were reduced at the beginning of the year. Therefore, we expect a positive evolution of the market.

2015 started off on the right foot for us. For the first time since the start of the economic crisis in 2009, our half-year revenues increased this year by 1.2 percent to €453.9mn, Romania being a front-runner in our group.

In terms of investments, this year we plan to invest more than €110m in Romania, with plans to invest close to a half billion euros by 2020. Besides a network refresh and 4G consolidation,our investment plan also include services we have recently launched. For example, Orange TV, which we launched as a multi-screen TV service and the platform with the biggest number of HD channels in Romania, has already gained more than 221,000 subscribers in approximately two years, while the app for smart-phones and tablets has been downloaded or upgraded more than 1.3 million times. This year Romania was the first country in our group to launch the Orange TV stick, a portable device transforming any HDMI TV into a smart TV. With this device, customers are able to watch on their TV screen movies and shows from the mobile app, even when they are not at home.

Q: What are the rationales behind the Orange Educational Pro-gram (OEP)?

JFF: OEP is one of our oldest social responsibility programs and a good example of how CSR strategy is included in Orange’score business. Besides scholarships for the best students intele communications, the program offers participants the chance to complement their theoretical knowledge with practical information offered by Orange employees, as well as get to know the company and make themselves known in the company through intern-ships. Twenty percent of the engineers, experts, and managers working in our technology department, including Stefan Slavnicu,our Chief Technology Officer, are OEP graduates. Moreover, it is the best example of a sustainable program. We are investing in preparing future professionals who will create the technologies of the future. They will be the people who will have this market “in their hands”.