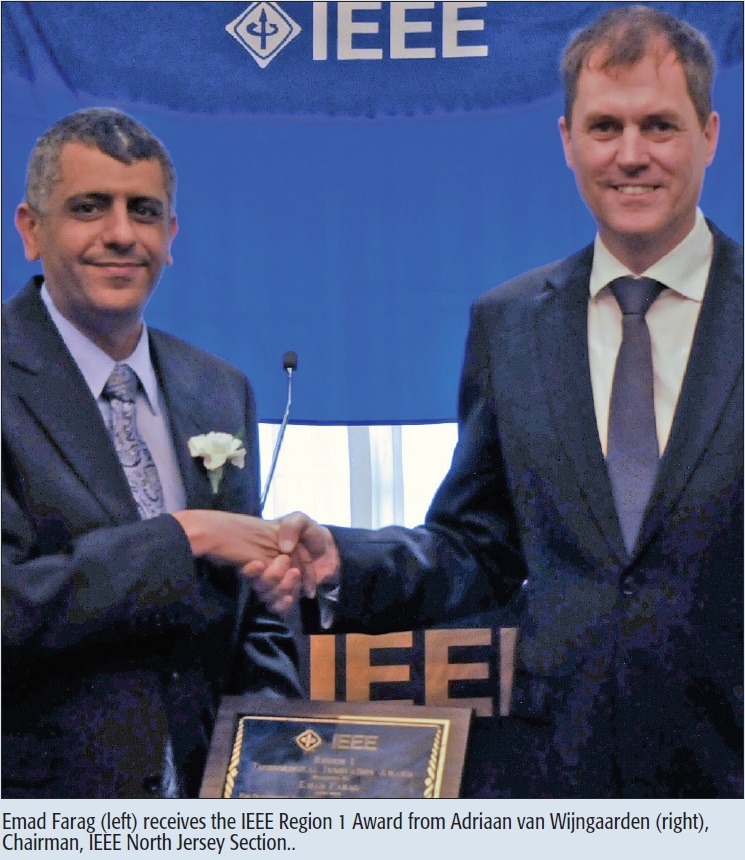 The section had the pleasure of recognizing three of its Communications Society members this year. The honorees were for a Fellow elevation, a Society prize, and IEEE Region 1 recognition.

Emad Farag is LTE Modem Software Technical Manager at Nokia–Bell Labs in Murray Hill, New Jersey, USA. He received his Ph.D. from the University of Waterloo in 1997, and his Master of Science from Ain Shams University in 1994. Prior to his time at Bell Labs he was a research assistant professor at the University of Waterloo. He is also currently a volunteer with the North Jersey Section, and he chairs the Instrumentation Measurement Society Chapter.

With more than 18 years at Nokia he has authored many patents and he has held roles of increasing responsibility managing numerous engineers on different teams. He was received the IEEE Region 1 Technological Innovation Award for outstanding leadership and significant innovations in wireless modem architectures. 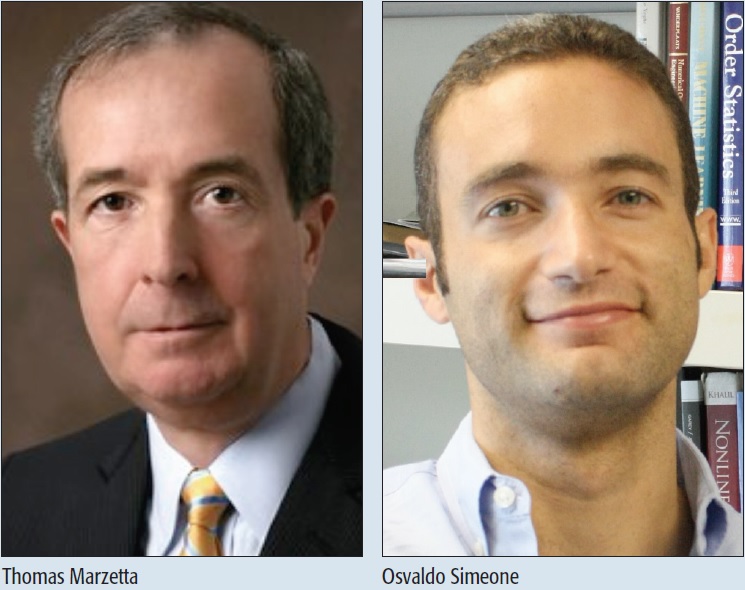 Thomas Marzetta is the originator of Massive MIMO, the most promising technology available to address the ever increasing demand for wireless throughput. He is group leader of Large Scale Antenna Systems at Nokia–Bell Labs, and co-head of their FutureX Massive MIMO project.

Dr. Marzetta received a Ph.D. and B.S. in electrical engineering from Massachusetts Institute of Technology in 1978 and 1972, respectively, and the M.S. in systems engineering from the University of Pennsylvania in 1973. In 1995 he joined Bell Labs, where he served as the director of the Communications and Statistical Sciences Department within the former Math Center.

Osvaldo Simeone received the M.Sc. degree (with honors) and the Ph.D. degree in information engineering from Politecnico di Milano, Milan, Italy, in 2001 and 2005, respectively. He is currently with the Center for Wireless Communications and Signal Processing Research (CWCSPR), New Jersey Institute of Technology (NJIT), Newark, NJ, where he is an associate professor. His research interests are in wireless communications, information theory, optimization, and machine learning.

In July 2015 he received the IEEE Communication Society Best Tutorial Paper Award for the paper “Multi-Cell MIMO Cooperative Networks: A New Look at Interference,” published in IEEE Journal on Selected Areas in Communications in Dec. 2010. While on sabbatical at Imperial College, London in late 2015, he was elevated to IEEE Fellow for contributions to cooperative cellular systems and cognitive radio networks.