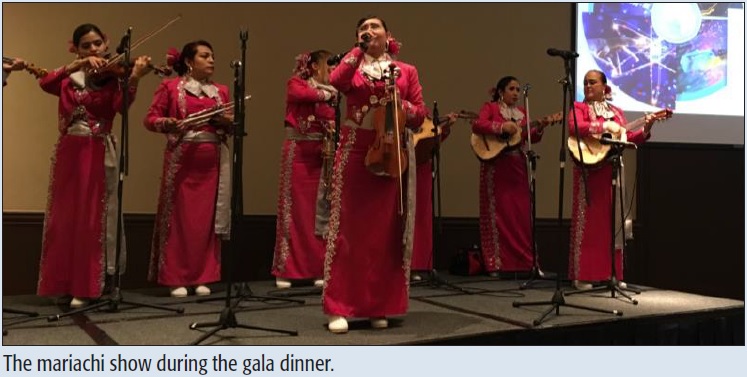 The IEEE Latin-American Conference on Communications (LATINCOM) reached a milestone last year as it completed its first decade of existence. The City of Guadalajara, in the Mexican State of Jalisco, had the privilege of hosting the conference for such a symbolic occasion.

LATINCOM’s journey to Guadalajara began in Medellin, Colombia, back in 2009, with conferences in Bogotá, Colombia (2010), Belém, Brazil (2011), Cuenca, Ecuador (2012), Santiago, Chile (2013), Cartagena de Indias, Colombia (2014), Arequipa, Peru (2015), Medellin, Colombia (2016), and Guatemala City, Guatemala (2017). Since the beginning, the conference’s goal has been to provide a platform for researchers and practitioners in Latin America to share R&D results, to meet and to network. The celebration of LATINCOM’s 10th anniversary took place from November 14 to 16, 2018. The Organizing Committee sought to maintain the same spirit of previous editions by combining a strong technical program and social activities with a taste of the Tapatia culture.

The anchors of the technical program were the keynote talks delivered by Prof. Joel Rodrigues, from Inatel, Brazil; Prof. Michael Rice, from Brigham Young University (BYU), USA; and Prof. Octavia Dobre, from Memorial University, Canada. Prof. Rodrigues focused his talk on new horizons with the Internet of Things. The talk by Prof. Rice addressed the question of whether single carrier modulation is still alive, or has it faded into oblivion to make way for multicarrier modulation. Finally, Prof. Dobre provided an overview of the enabling technologies and challenges ahead for the successful deployment and operation of 5G wireless communication networks. The three talks offered a vision from different perspectives of the fifth generation of mobile cellular communications technology that is starting to be deployed in various Latin American Countries. 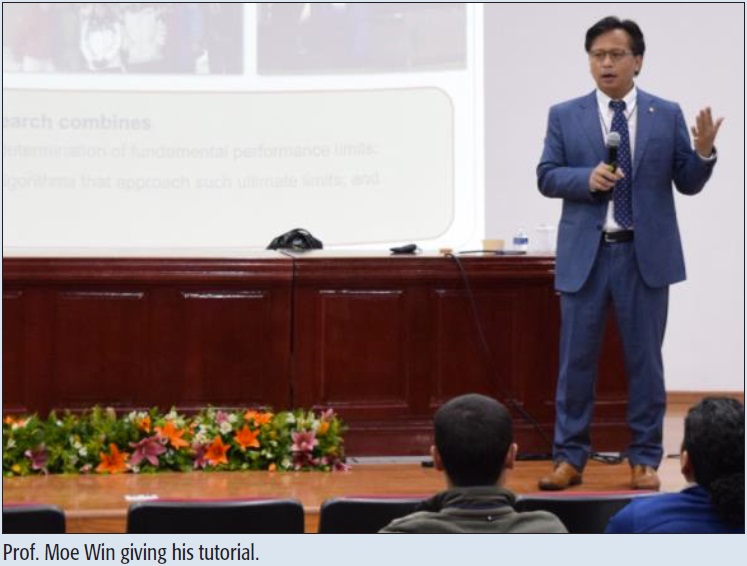 In addition to the keynote talks, four tutorials were offered to the conference attendees during the first day of activities, covering topics of current interest, such as the problem of localization for the Internet of Things, next generation satellite networks, visible light communications, and the sixth generation (6G) of WLANs. The tutorials were delivered, respectively, by Prof. Moe Win, from Massachusetts Institute of Technology (MIT), USA; Prof. Sastri Kota, from the University of Oulu, Finland; Prof. Rafael Perez-Jimenez, from Universidad de las Palmas de Gran Canaria; and Associate Professor Roger Hoeffel, from Federal University of Rio Grande do Sul (UFRGS). It is worth mentioning that Prof. Win’s tutorial was featured as a sequel to his successful keynote talk delivered during the 9th LATINCOM 2017 in Guatemala City, Guatemala. The tutorials were held on the premises of the University Center of Social Sciences and Humanities of the University of Guadalajara. This academic institution was the main sponsor of LATINCOM 2018. The rest of the activities had a venue in the facilities of a hotel conveniently located in the Expo Zone of Guadalajara, where the world’s second largest book fair is held annually. 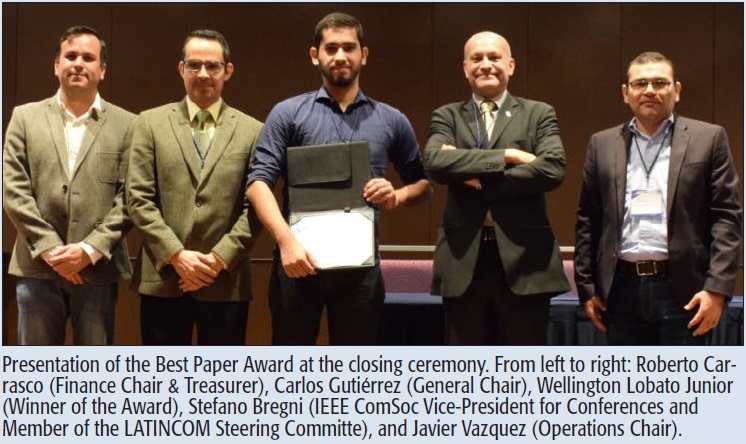 The technical program also included 71 technical paper presentations; 60 papers were selected for presentation in the regular program of LATINCOM 2018, and 11 papers were presented within the 2018 Latin-American Workshop on Communications. The authorship of these papers was the work of researchers from Latin America and other parts of the world, such as the United States, Canada, Spain, France, Germany, Norway, Finland, Italy, Austria, Morocco, Tunisia, and Korea.

The celebrations for LATINCOM’s 10th anniversary reached a truly festive tone on Thursday evening during the Gala Dinner. A tasting of local tequila and a showcase of Mexican shawls (rebozos) served as a preamble to the dinner, and the night wrapped up with the cheerful show of a female mariachi.

The conference concluded on Friday afternoon with a brief ceremony during which the winner of the Best Paper Award (BPA) of the IEEE LATINCOM 2018 was announced. The award was presented to Wellington Lobato Junior, Joahannes Costa, Denis Rosário, Eduardo Cerqueira, and Leandro A. Villas, for their paper entitled “A Comparative Analysis of DSRC and VLC for Video Dissemination in Platoon of Vehicles.” Prof. Stefano Bregni, ComSoc’s Vice President for Conferences and a Member of the Steering Committee of LATINCOM, made use of the word to declare the conference officially closed and to request proposals for organizing LATINCOM 2019.

With the celebrations for the 10th anniversary in the rear view mirror, LATINCOM will continue with its mission of serving as a vehicle for ComSoc to reach out to its members in Latin America, offering them a first-class venue for interacting with their peers. Researchers from other parts of the world are also welcome to participate in the conference, and take the opportunity to have a first-hand experience of the culture, food, tourist attractions, and lifestyle of the region.