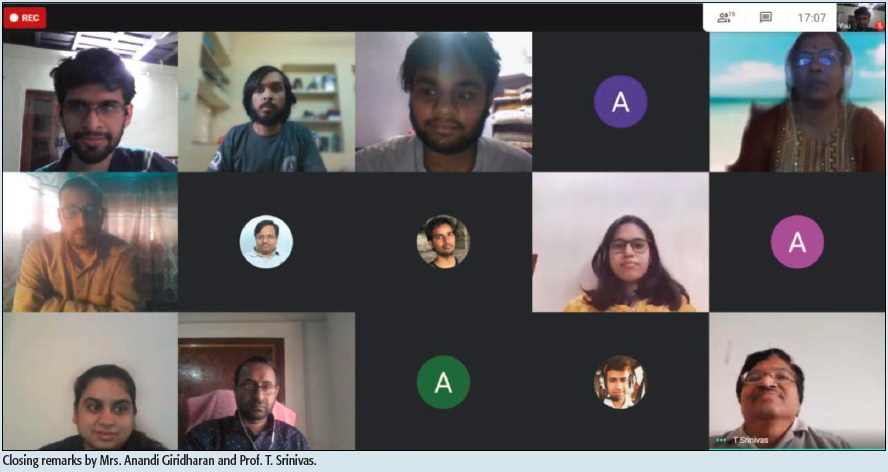 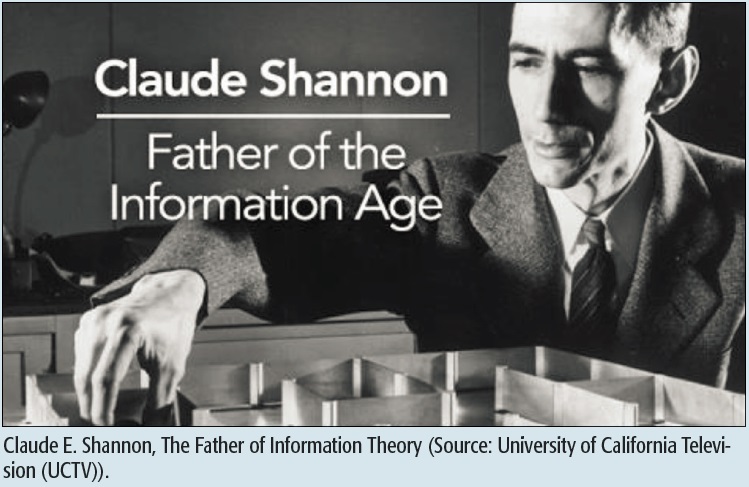 The IEEE-IISc ComSoc chapter (IEEE ComSoc Student Branch Chapter, Indian Institute of Science, Bengaluru, India), in association with the IEEE Student Branch Chapter, IISc, Bengaluru, India, is pleased to announce that it successfully organized a two-day event, “Shannon’s Day Talk Series, 2021” from 30 April – 1 May 2021. Though the event was conducted amid the COVID-19 pandemic, we were able to host online multiple internationally acclaimed speakers from academia as well as from industry. The event was a commemoration of the outstanding contributions of Claude E. Shannon, “The Father of Information Theory”, whose work in digital communications and information theory revolutionized the world and paved the way for modern digital communication systems in use today.

The pandemic opened multiple doors for us to host the event. In particular, we could use the latest version of Google Meet to accommodate speakers and attendees from across the globe virtually at the leisure of their homes. For those who preferred to just view the event, the additional portal of YouTube livestreaming was provided. Added to this, we have made available the recorded talks at our official YouTube channel for the public to view free of cost: https://youtube.com/playlist?list=PLXPoHF4G_kDWRUTzmqF-1js_FmkB8YyFT. The event was well-received with more than 40 participants attending the event, both ComSoc members and guests from various universities and industry eager to know the latest trends in research in the areas of Signal Processing and Quantum Information Theory. The event included multiple talks from researchers in academia in the afternoon on day one; on day two industry leaders showcased the latest applications of Signal Processing and Quantum Computing. Each session had a duration of about an hour, including a ten-minute Question and Answer session. The entire details of the event, including the schedule and talk abstracts, were updated on the official IEEE-IISc ComSoc website: https://ece.iisc.ac.in/IEEE/events/past-events/shannons-day-2021/

The proceedings of the first half of day one started off with Dr. Ayush Bhandari (Imperial College, London) as the keynote speaker in the Signal Processing track. In his talk titled “Computational Sampling via Signal Folding: Variations on a Theme by Shannon”, he spoke about a new paradigm shift in signal processing using modulo ADCs to overcome the bottleneck of acquiring measurements that lie in a high dynamic range. Following his speech, Prof. Chandra Murthy dovetailed Dr. Ayush’s talk by further enlightening the audience on the specific aspect of compressed sensing using modulo ADCs. The signal processing track ended on day one with student researchers Ms. Prachi Singh and Dr. Srikanth discussing speech processing and speaker diarization. In this talk, machine learning algorithms that could be used to partition the audio input stream to identify different individuals in the audio input were discussed.

The second half of day one, the Quantum Information Theory track, was resumed after a short 15 minute break. The event started with an introductory talk on Quantum Technologies by Dr. R. Srikanth, during which he explained the foundations of quantum mechanics, quantum information theory and quantum cryptography. His talk was followed by student researcher Dr. Priya J. Nadkarni who talked about Entanglement-assisted Reed Solomon codes over Qudits. As a precursor to Dr. Mark’s keynote talk, a wonderful overview of Quantum Information Theory was delivered by Prof. Vinod Sharma. Day one ended on a high note with Dr. Mark M. Wilde of Louisana University presiding as the keynote speaker with his speech “Quantum Entanglement: Applications in Communication and Cryptography”, in which he talked about quantum computing, quantum communications and channel capacities and presented some of his recent results on capacities of certain quantum channels.

The Signal Processing track of day two featured eminent industry professionals, Mr. Satheesh P K, Dr. Pratik Shah, Dr. Praful Pai and Ms. Kirthi Krishnamurthy of Samsung, Apple, MathWorks, and Adobe, respectively, who described how the theoretical topics in signal processing are implemented in practice to deliver an end product for public use. While Mr. Satheesh and Dr. Pratik spoke on similar themes of echo cancellation, Dr. Praful provided detailed insight into the use of Machine Learning and Signal Processing tools of MATLAB. Ms. Kirthi ended the Signal Processing track of day two with a wonderful talk on Image Processing.

After a short one-hour lunch break, the final half of the two-day talk series resumed with Quantum Computing as the focus of the talks. Dr. Amlan Mukherjee (QpiAI), Dr. Rukhsan Ul Haq (IBM) and Dr. Arun Sehrawat (QpiAI) spoke about the practical aspects of quantum computing, showcasing the latest developments and real-world applications of the field in the industry. Dr. Amlan gave a quick overview of the advances and applications of Quantum Computing and its advantages over classical computers. Dr. Rukhsan followed Dr. Amlan to give his take on the quantum nature of information and how this gives a practically more efficient way of information processing and communication over both classical and quantum channels. The two-day talk series was culminated by an exciting talk by Dr. Arun on the real-world application of quantum computing in the area of solving NP-hard combinatorial optimization problems. He ended his talk by describing the practical use of solving such problems in the area of supply chain and logistics.

At the end of each talk, the speaker was presented with a plaque by IEEE-IISc ComSoc acknowledging their immense contribution to this event. The talk series was finally concluded with closing remarks by Mrs. Anandi Giridharan and Prof. T. Srinivas, IISc Bangalore, in which immense appreciation was given to the eminent speakers and the organizing team committee for making the event a grand success.