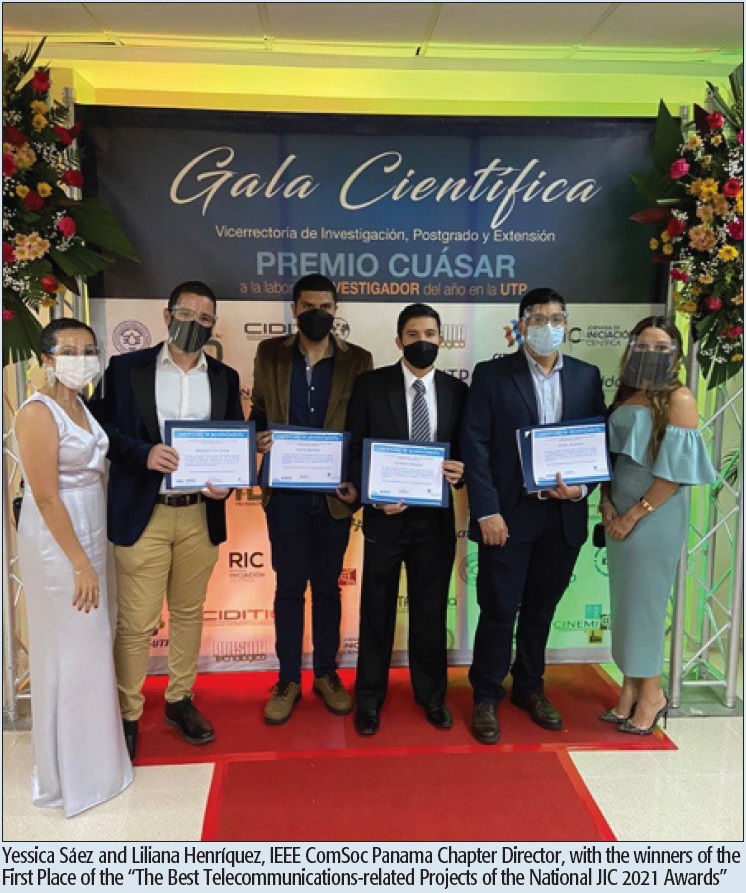 The Scientific Initiation Day (Jornada de Iniciación Científica, JIC) is an initiative of the Univesidad Tecnológica de Panamá that has been adopted by many universities in Panama. This initiative seeks to promote research among undergraduate students at the national level. It is based on a professor guiding a research project related to the course he/she is teaching.

The research projects are carried out in teams of two to four students, where they must write a scientific article, make a scientific poster and present it before a jury during the Scientific Initiation Day of every participant university. Each university organizes its own JIC and must select the projects that will represent them in the national competition.

The IEEE ComSoc Panama Chapter believes in promoting research among undergraduate students who are the future professionals in charge of finding solutions to problems in our society. That is why, by the end of 2021, the IEEE ComSoc Panama Section proposed the creation of awards for “The Best Three Telecommunications-Related Projects of the National JIC 2021.”

The projects were first filtered according to keywords and the summaries of the scientific papers, and then ComSoc Panama’s Board of Directors verified that they were focused on telecommunications-related areas. Then an external jury made up of volunteers from Panama and the Latin America Region evaluated the projects based on a pre-established rubric table. The winners were:

In a small but significant virtual ceremony, held in parallel during the Scientific Gala 2021 of the Technological University of Panama (UTP) on November 19, 2021, ComSoc Panama awarded the winners, who received a certificate of recognition from ComSoc Panama, one year of IEEE and ComSoc membership, cash, and the admiration and respect of the technical and general community of Panama. 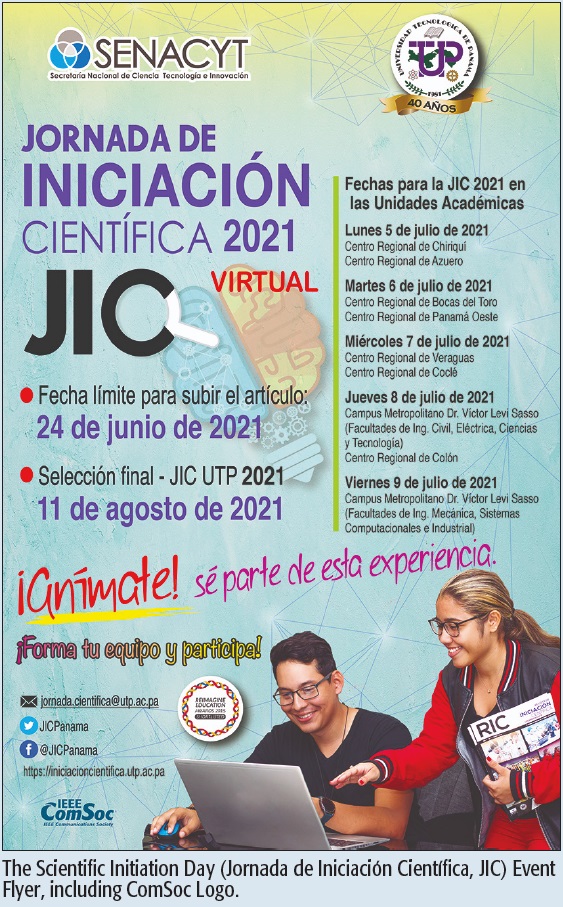