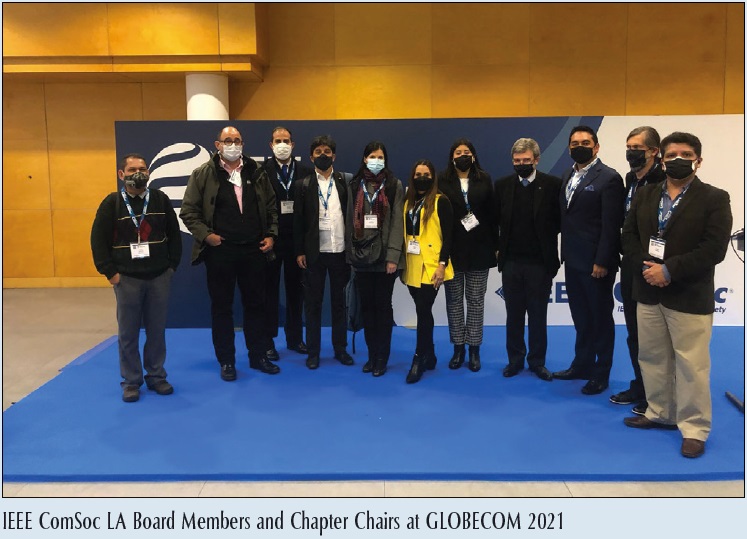 From December 7 to 11, 2021, a new edition of IEEE GLOBECOM, one of the two emblematic conferences of the IEEE Communications Society (ComSoc), was held at IFEMA, in Madrid, Spain, whose motto was “ Connecting Cultures Around the Globe.”

This conference was held in a hybrid format that could be followed in person or virtually and brought together more than 1000 world-renowned students, researchers, scientists, and industry professionals from different fields with the aim of driving innovation in the majority of communications aspects.

ComSoc LA Chapter Chairs and the ComSoc LA Board of Directors were invited to participate in the Member Value Research Congress (MVRC) organized by the ComSoc Membership and Global Activities Board and the Member Services Board. This event was held in parallel with Globecom 2021 from December 7 to December 9, with the aim of proposing activities aimed at attracting new members to ComSoc and promoting the renewal of current members.

The MVRC was divided into four working groups: Students, Non-Members, Industry, and Young Professionals. All members completed preliminary work as noted by the Organizing Committee before the MRVC. Then three working sessions over two days were held in a hybrid format. Each working group proposed at least one new product, which was developed highlighting its features and benefits, the target audience, the opportunities for said product, the risks, and the product development timeline. The in-person participants reported preliminary work to the ComSoc Board of Governors. Also, a special session on VDL programming and Diversity in Chapters was held during this Congress. Finally, members completed additional follow-up work as noted by the Organizing Committee. 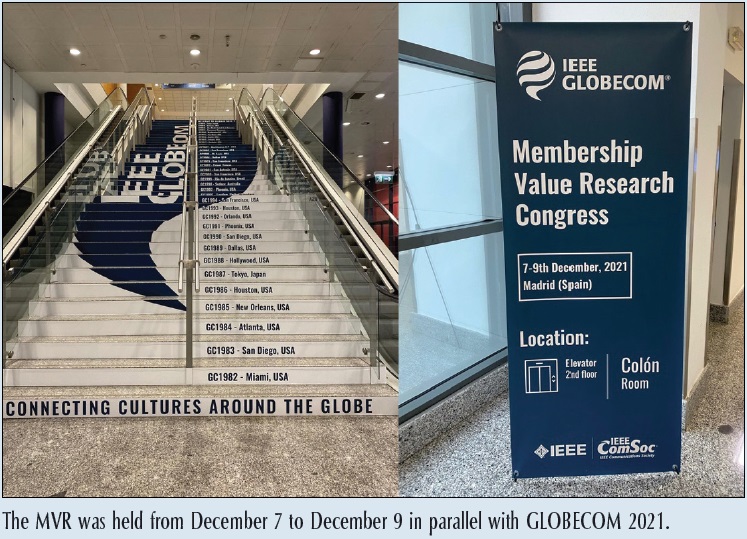