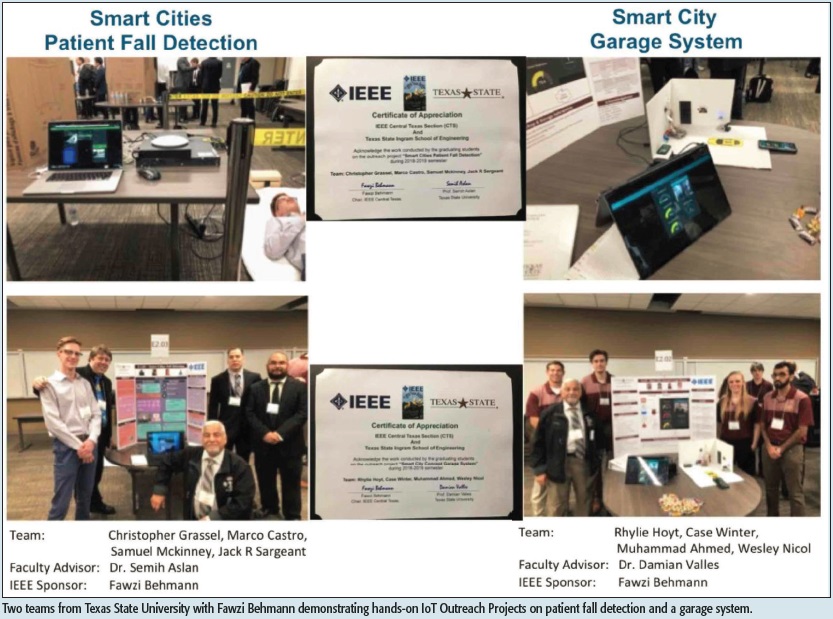 As the chapter chair for Austin, I am pleased that we received the CAA and CoY awards. This is the third time we have received both awards. The previous times were in 2015 and 2017.

This is a reflection to the dedication of the officers and support by local members and encouragement from the community. The leadership team consists of:

We are fortunate to have a strong relationship with AT&T, where we held our regular meetings until Q1 2020, when we had to switch to virtual meetings due to the pandemic.

The Austin chapter is part of the Central Texas section with over 4,000 members and 10,000 subscribers. Austin is a vibrant and high-tech hub in North America, and where IEEE Globecom 2014 was held.

I have the opportunity to set up different themes from one year to the next, focusing on advancements in disruptive technologies such as 5G/6G, IoT, and AI, security enabling and block chain enabling many use cases for different markets such as smart cities, public safety, autonomous driving, healthcare and others. As we change the topic title and guest speaker, we witnessed a change in attendance, and that helped create active participation and dialogue.

We held 17 technical meetings in a variety of topic areas: Future of Technologies, AI, Sensor Networks, Smart Cities, Future of RF, SDR, Data Analytics, Cyber-Physical Systems, and others. Here is a sample of some of the topics presented:

Our activities went beyond holding technical meetings. The remaining sections cover other initiatives that we conducted.

We have initiated two Student Outreach projects at Texas State, each was an eight-month duration and focused on community hands-on IoT projects.

I introduced these projects to Texas State Administration, and they have accepted them as a part of the acredited program. The two projects each consist of a faculty advisor, lecturer, host sponsor, and two teams, each of four students including a leader. The frameworks of the two projects were signed before of the start of the projects.

The two projects were:

As a host representing IEEE, I established a high-level definition, goal, expectation and project description. The students provided details forming the Statement of Work (SOW), followed by written specification. The focus of the remaining part of the first semester was for the students to dive deeper into the requirements, understanding technology and applications, and defining the architecture of a functional prototype system. Toward the end of the first semester, the students purchased all the material, assembled the parts and started testing individual units. The second term focused on building software and starting sub-system testing, leading to high-level functional prototype testing, storing data in the cloud and implementing AI-based functions.

I had weekly status calls with the students and responded to any of their needs. At year-end with the completion of these projects, the students demonstrated the project at the Texas State year-end senior design day. I handed a certificate of achievement, and I invited students to deliver special presentation to the IEEE Austin chapter as well as facilitated for the students to demonstrate their project at the Texas Smart Cities event. The demo encouraged positive attention and dialog with attendees.

The Smart City Summit (SCS) was held on December 1 in Austin (https://attend.ieee.org/scs-2019/) The chapter worked closely with ComSoc to drive membership as part of the Summit. Special rates were created. As a result of these efforts, 30 members joined from ComSoc, with 16 being new members. This is the second highest total of new members delivered by a chapter worldwide in this ComSoc initiative held in 2019.

The SCS attracted 133 attendees. The one-day summit was held at the Texas Advanced Computing Center (TACC), one of the largest in the nation. IEEE USA President followed by TACC Executive Director and Fawzi Behmann delivered the summit opening remarks and program outline. The core program content had three segments focused on disruptive technologies and the impact on building smart cities, improving healthcare, and mobility. Each segment had a keynote speaker, followed by a deep dive panel session (four experts and a moderator). At the end of the core program, there was a showcase of innovative projects from startups and students. The program concluded with an Executive Recap session focusing on future directions. There was a special appreciation dinner at a nearby restaurant that was attended by the speakers and special guests and organizers.

The three keynote speakers were:

Prof. Dharm Sign, DL from Africa, was part of the panel and spoke to the chapter, UT and Texas State Graduate students.

I wish I can share more details, but feel free to reach out to me at f.behmann@ieee.org. 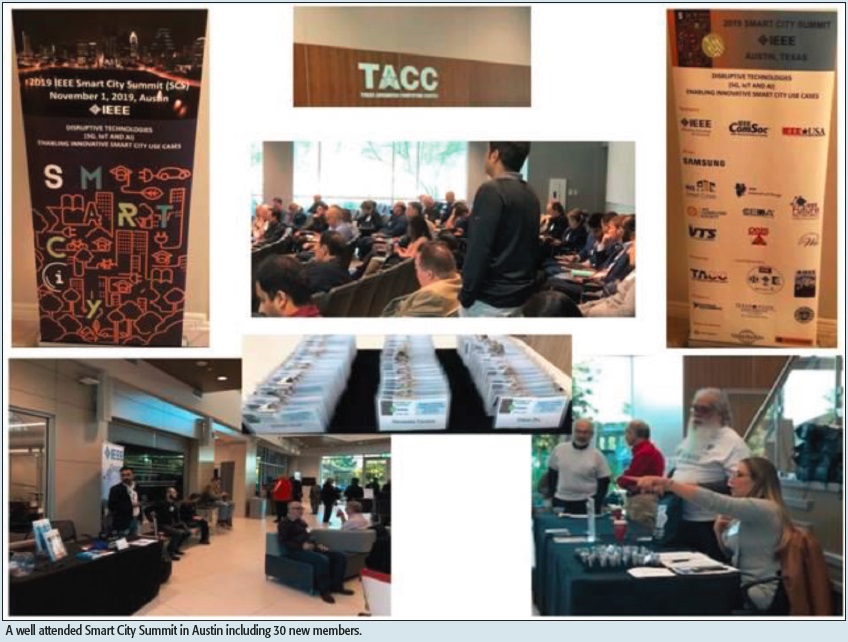