Highlights of Internet of Things (IoT) Conferences in Silicon Valley 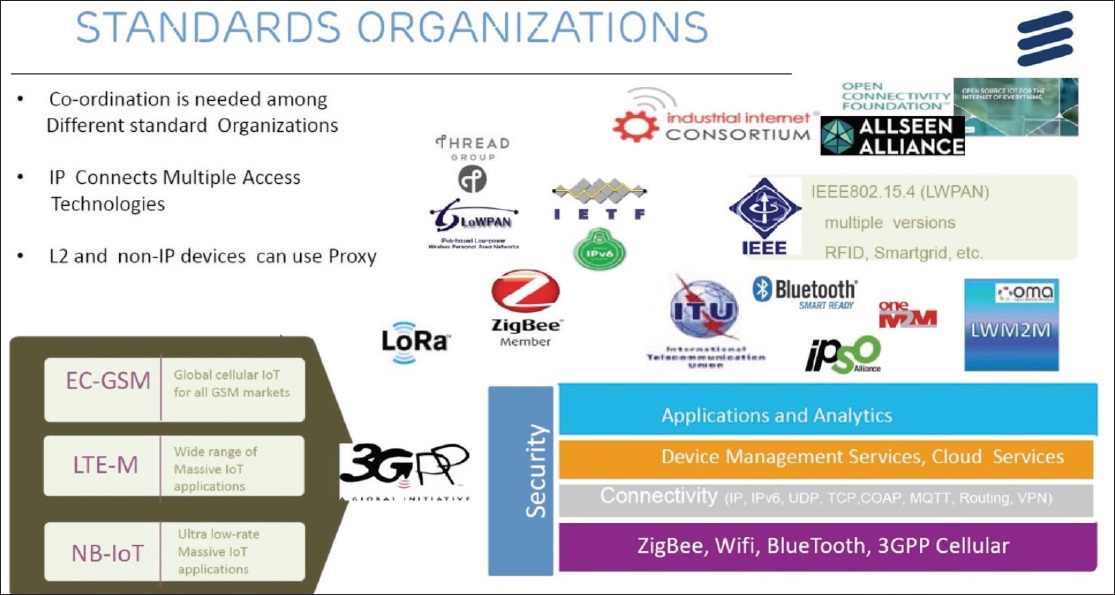 With extraordinary potential, impact, and influence, the Internet of Things (IoT) promises to be a big revenue generator and improve efficiencies for many different industries and companies. Gartner Group has forecast “$1.9 trillion value-add IoT revenue across industry sectors in 2020.” Also from Gartner: “IoT endpoints will grow at a 31.7 percent CAGR from 2013 through 2020, reaching an installed base of 20.8 billion units.”

While IoT is one of the hottest tech topics trending now, it is marked by tremendous hype, confusion, and chaos. This article reviews three recent IoT conferences in Santa Clara, CA (the center of Silicon Valley) that were aimed at cutting though the confusion, enumerating the challenges and opportunities, and discussing the current status of the IoT.

areas that are of concern to various industries, such as: power/ energy, aviation/transportation, automotive, industrial control, medical, and wearables.

Keynote speakers included Ken Caviasca from Intel, who discussed IoT Technologies, and Phil Kelly, Chief Scientist at Energous, who delivered a keynote on IoT Wearables. Key use cases, adoption patterns, and techno-socio-economic challenges were discussed, along with security (which continues to be the number one challenge for most IoT applications).

There was an informative presentation on “The Transformative Role of IoT on the Future of Education,” and a lively panel focused on venture capital and the IoT areas that are attracting investments. Not surprisingly, most investments are in start-ups that are building IoT software platforms that run in the cloud, or in big data that analyzes data collected by “things.”

A panel on an IEEE standard for an IoT architectural framework provided an overview of that ongoing work in progress. The architectural framework defined in the P2413 IEEE standard is intended to promote cross-domain interaction, aid system interoperability and functional compatibility, and fuel the growth of the IoT market. The adoption of a unified approach to the development of IoT systems will reduce industry fragmentation and create a critical mass of stakeholders around the world. The architectural framework for IoT provides a reference model that defines relationships among various IoT verticals (e.g., transportation, healthcare, etc.) and common architecture elements. It also provides a blueprint for data abstraction and the quality “quadruple” trust that includes protection, security, privacy, and safety.” Also, this standard provides a reference architecture that builds upon the reference model. The reference architecture covers the definition of basic architectural building blocks and their ability to be integrated into multi-tiered systems.

Maarten Bron of Underwriters Laboratories presented a very refreshing session on IoT security. Bron stated that “as our connected society continues to expand, we are rapidly approaching the practical limits of classical IT security certification. Since nobody certifies the Internet, we must make sure that the Internet of Things becomes a reliable and trustworthy place to be in.”

There were two key takeaways:

One of the more interesting panel sessions was titled “Sorting Through the Myriad of IoT Connectivity Options.” This included both wireless LANs and new narrow bandwidth wireless WANs. These are often referred to as NB-IoT and/or LPWA (or LPWA). There are many choices here, but the main ones are:

Needless to say, there are a plethora of standards bodies and forums working on new connectivity standards or tweaking existing standards for IoT applications. This is illustrated in the figure below, courtesy of Ericsson.

This was the largest IoT conference in the world with more than 10,100 registered attendees, as well as the biggest IoT trade show in terms of exhibit space. Every square inch of the Santa Clara Convention Center was packed with exhibits and vendor presentation or showcase areas.

The main theme of the May 10 executive keynotes, “Disrupt, Innovate, and Monetize,” with new business models, improved productivity and other benefits, greatly added to the hype, while providing little or no substance to resolve the critical issues that have plagued IoT since the name was coined (replacing M2M communications).

The new functionality in the HP Enterprise Universal IoT Platform was said to be a driving force in building the infrastructure that will enable and sustain the growth of IoT. The HPE universal IoT platform is aligned with the oneM2M industry standard and is designed to be industry and vendor-agnostic, enabling IoT operators to simultaneously manage heterogeneous sets of sensors, operate vertical applications on machine-to-machine (M2M) devices, as well as process, analyze, and monetize collected data in a single secure cloud platform.

The HPE Universal IoT Platform provides increased support for long range, low power connectivity, ensuring that LoRa® and SIGFOX deployments can be supported alongside other connectivity protocols, including cellular, radio, Wi-Fi, and Bluetooth.

In a May 11 technical session titled “Navigating the IoT Connectivity Landscape,” Alex Kengen of Dialog Semiconductor stated that there’s a “sea of confusion” when it comes to IoT connectivity standards for LANs and PANs, such as WiFi, Bluetooth, ZigBee, Thread, and DECT ULE. That confusion also extends to new IoT WANs, as described in the IoT developers conference above.