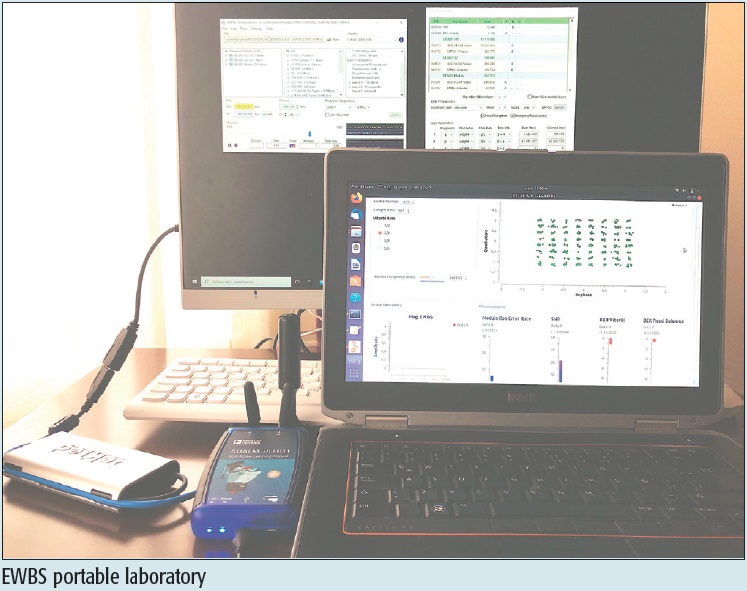 Currently, most ComSoc Ecuador Chapter members belong to academia (88/158), and the majority of active members are developing several research projects for Ecuador’s benefit, and we will try to present these works. We take this opportunity to present the work related to early warning systems, because Ecuador is one of the South America countries crossed by the so-called Cordillera de los Andes mountain range. It is located in the Pacific Ring of Fire, which is one of the most complex volcanic intensity locations in the world due to the tectonic plate collision between Nazca and South America, which today still continues to generate high seismic activity. Natural risks are attributed to geological, hydrometereological, and antropics phenomena. Hydrometereological and geological phenomena are the most important natural risks in Ecuador; they have caused a vast amount of human lives and material losses.

Because of this, human beings have developed various warning methods for their protection to reduce losses and increase survival opportunities. One of the most recognized early warning systems worldwide is implemented in radio and television receivers with the Emergency Warning Broadcast System (EWBS), launched in Japan in September 1985 and used for the first time in 1987. In 2003, EWBS was implemented in the Japanese ISDB-T digital terrestrial television standard.

Since 2010, Ecuador has been working on migrating from analog television to digital television with the international ISDB-T standard, which was defined by Japan and Brazil, also known as ISDB-TB. Several ComSoc Ecuador members in conjunction with the digital television laboratory of the Universidad de las Fuerzas Armadas — ESPE have been working continuously on projects focused on the implementation of the ISDB-TB system.

Quito City carried out emission tests of the EWBS emergency alert system by a commercial channel’s transmission signal on the UHF band. For these tests, a group of researchers from ComSoc Ecuador and ESPE implemented an EWBS server, where the physical locations to be alerted were configured, using area codes, as well as the edition of the alert message that will be displayed on television superimposed on the video and audio signal of the programming. The server reconfigures the program-specific information tables (PSI), which are multiplexed with the transport stream (TS) of the channel’s programming, and their BTS-type output is sent through a microwave link upon activation of the EWBS system to the modulator located on Cerro Pichincha for broadcasting. The configuration of the server was initially carried out through a remote desktop to the EWBS server located in the television station, activating the emergency alert signal in the receivers located in the city with a delay of less than one second.

In 2019, several ComSoc Ecuador members in conjunction with ESPE, the University of Cuenca, and the Technical University of Machala developed an EWBS server and remotely controlled interactivity through a platform that sends emergency messages using the Standard Alert Protocol (CAP) in a spatial data infrastructure (SDI) to optimize risk management processes.

During 2020 and 2021, ComSoc members and ESPE have been working on development projects for receivers that configure the reception of the EWBS system to be replicated to other internal or communal networks, considering the starting scenario of the system deployment, where there are a few receivers and a single television station that transmits the emergency signal. The first project was based on a commercial ISDB-T decoder with EWBS connected to a Raspberry Pi card that includes an Asterisk server, which is connected to the university telephone exchange, and at the moment of receiving the emergency signal replicates the telephones connected to the two telephone exchanges through the INFORMACAST function to the entire university community. 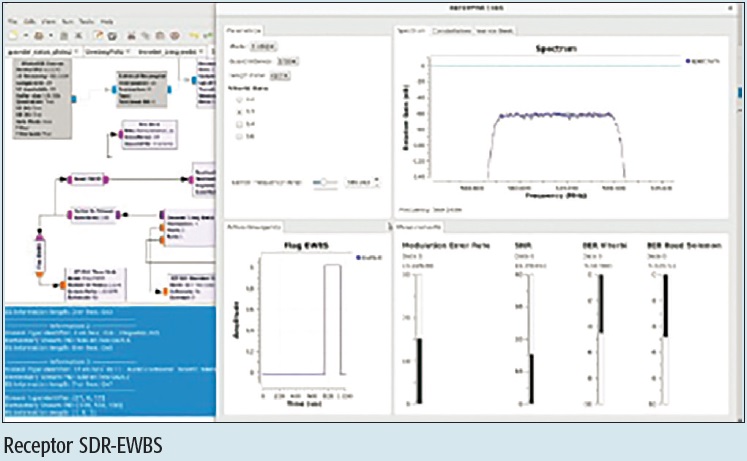 To monitor the EWBS signal from the air and replicate the message sent by EWBS broadcast, an ISDB-T receiver was implemented in a low-cost software-defined radio architecture, ADALM-PLUTO, from Analog Devices. The receiver performs the function of the analyzer of the physical and transport layers, decoding the area codes and the superimposed message. The alert is retransmitted through an internal network, fulfilling the gateway function and sending it to devices connected to the network.

At the beginning of this year, the government of Japan, through the Ministry of Telecommunications and Information Society of Ecuador, sent test equipment of the EWBS system to Ecuador, which was evaluated in the digital television laboratory of ESPE, and consists of an EWBS signal inserter in the ISDB-TB remultiplexer stage and different types of receivers, such as display panels, set-top boxes, and gateways. The inserter has the advantage of working on a platform that allows the configuration of red, yellow, and green emergency types. The latter is used to send constant information to the display panels found in mass transportation, airports, and other places with high traffic.

The collaborative work among ComSoc members and several universities in Ecuador, and the support of the Japanese government will be a significant contribution to consolidate the implementation of the EWBS system in countries that have the International ISDB-T standard and other digital television standards which are already being developing for the new generation of digital terrestrial television.