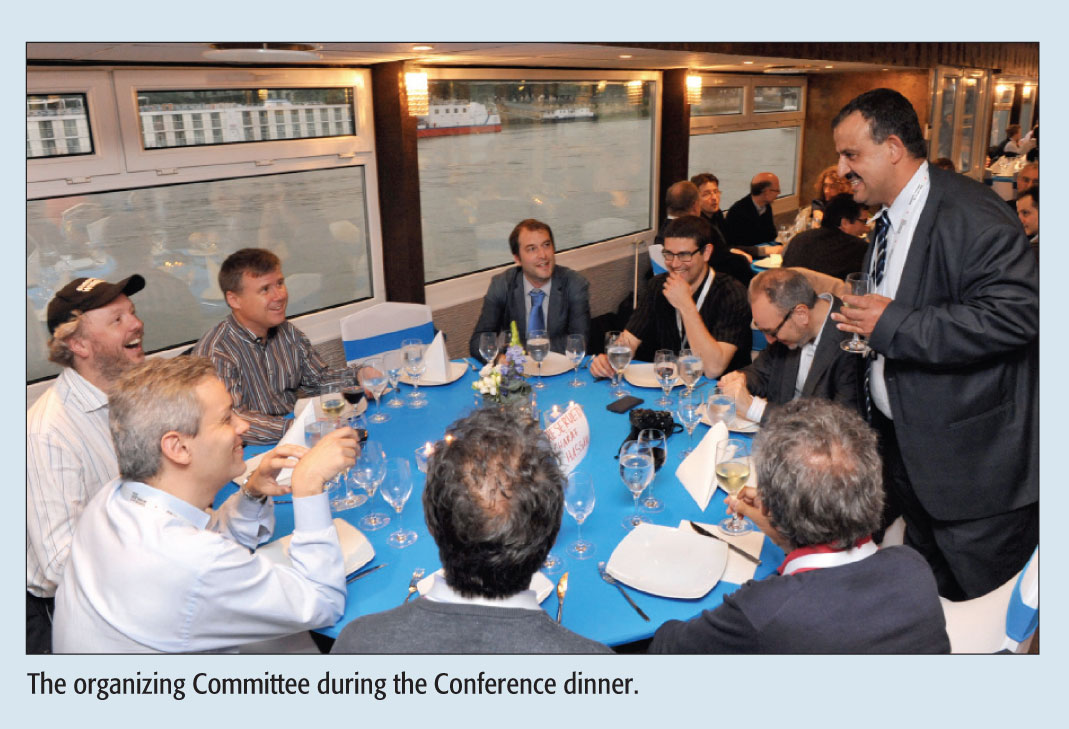 The 21st European Wireless (EW) Conference took place in Budapest, Hungary, 20-22 May 2015, and was organized by the Budapest University of Technology and Economics (BME) with the cooperation of VDE-ITG, represented by Klaus D. Kohrt, Germany,and HTE, represented by Peter Nagy, Hungary, both of them Sister Societies of ComSoc. BME is the most significant University ofTechnology in Hungary and is also one of the oldest Institutes ofTechnology in the world, having been founded in 1782. The2015 edition of EW aimed at addressing the key theme of “5Gand Beyond,” with a focus on the latest trends, developments,and of course the future applications on top of the mobile andwireless communications. On the first day six tutorials, organizedby Sergio Palazzo and Morten V. Pedersen, were offered in three tracks covering two different topics on 5G, Device-to-Device, IoT,network coding, and network programing for Android platforms.

The Technical Program of the conference consisted of 86 papers from more than 30 countries selected after a detailed review process, and was enriched by three keynote talks by EricDahlmann, Muriel Médard, and Tommaso Melodia. Eric Dahlmann from Ericsson explained the future of 5G and the evo-lution from previous cellular systems. Muriel Médard spoke about the interaction between network coding and the physical layer.Tommaso Melodia gave an interesting speech entitled “Toward Ultrasonic Networking for Implantable Intra-body Networks.”

Continuing with the tradition of the European Wireless confer-ence, the scope of EW15 was broad, including, in addition to thesubjects of the main conference theme, the most relevant topicsin modern communications. This was one of the reasons why most conference attendees, more than 100 colleagues, were present continuously during the conference.

Accepted papers (all available on IEEE Xplore) were organized into 16 technical sessions.

The next EW conference will be held in Oulu, Finland on 18-20 May 2016. The theme for European Wireless 2016 is “5G:Applications, Businesses and Technologies.” More information can be found at http://ew2016.european-wireless.org/.