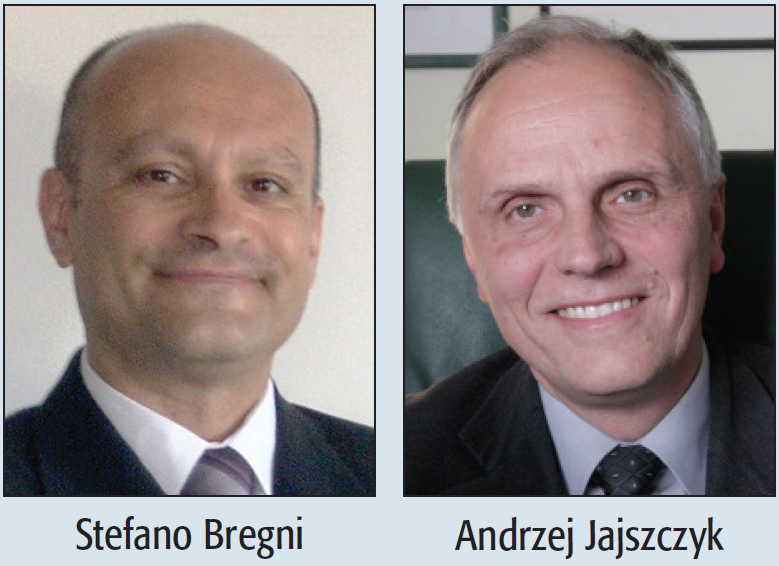 This is the third article in the series of eight, started in November 2016 and published monthly in the IEEE Global Communications Newsletter, which covers all areas of IEEE ComSoc Member and Global Activities. In this series of articles, I introduce the six MGA Directors (Sister and Related Societies; Membership Services; AP, NA, LA, EMEA Regions) and the two Chairs of the Women in Communications Engineering (WICE) and Young Professionals (YP) Standing Committees. In each article, one by one they present their sector activities and plans.

In this issue, I interview Andrzej Jajszczyk, Director of the Europe, Middle East and Africa Region (EMEA). Andrzej is a professor at the AGH University of Science and Technology in Krakow, Poland, and President of the Krakow Branch of the Polish Academy of Sciences. He is the author or co-author of 12 books and over 300 research papers, as well as 19 patents in the areas of telecommunications switching, high-speed networking, network management, and reliability. He has held important positions in the IEEE Communications Society, such as Director of Magazines, Director of Europe, Africa, and Middle East Region, and Vice President–Technical Activities. He is an IEEE Fellow.

I had the honor to get to know Andrzej 20 years ago, when he was Editor-in-Chief of IEEE Communications Magazine. He was one of my best mentors in ComSoc when I first approached its Committees offering to serve as a volunteer. He was the founding editor of the Global Communications Newsletter, so it is a true honor and pleasure for me today to interview Andrzej and offer him this opportunity to outline his current activities and plans as Director of the Europe, Middle East and Africa Region.

Bregni: Andrzej, we might begin by outlining the main characteristics of the EMEA Region.

Jajszczyk: The EMEA Region covers a vast geographic area stretching from Cape Town, South Africa in the South, to Lisbon, Portugal, in the West, through Hammerfest, Norway, in the North, to Vladivostok, Russia in the East. The Region is served by 51 local chapters, together accounting for about one quarter of ComSoc members worldwide. The chapters provide a local connection for our society members. Their activities include talks organized within the Distinguished Lecturer Tour (DLT) or Distinguished Speaker Program (DSP) frameworks, social events, workshops, seminars, special events, etc.

Bregni: The Distinguished Lecturer Program (DLP) and the Distinguished Speaker Program (DSP) are particularly appreciated by our members. During my previous term as VP–Member Relations, we increased the budget allocated to these programs, to allow more and better DLTs in all regions. What is your perception of these programs? How are they organized in the EMEA Region?

Jajszczyk: DLTs provide the means for ComSoc chapters to identify and arrange lectures by renowned experts on communications and networking related topics. ComSoc’s DSPs enable current and past distinguished lecturers as well as ComSoc officers, IEEE Fellows, and prominent speakers to schedule lectures while traveling on business trips.

The DLTs and DSPs are coordinated by Charalabos (Harry) Skianis from Greece. In 2016, six DLTs were organized in the EMEA Region, and we have already approved three additional DLTs to be held in early 2017.

What is important, most of these tours were or are to be organized in areas with a rather low ComSoc membership, such as the Middle East or Africa. We do hope to encourage more professionals from these areas to join our Society. The four talks within the Distinguished Speaker Program held in 2016 involved such countries as Spain, Austria, Portugal, and Kuwait. To cope with the vast geographic area, and related travel costs, of the EMEA Region, we recently modified our Policies & Procedures for DLT/DSP.

Bregni: The EMEA Region Board assigns awards to recognize the contributions of its outstanding members. Please describe these awards in some detail?

Jajszczyk: An important facet of the EMEA activities, coordinated by Emilio Calvanese Strinati from France, is our Award Program, which includes the EMEA Young Researcher Award and the EMEA Region Distinguished Service Award.

In 2016, the recipients of three EMEA Young Researcher Awards were: Sheng Yang from Centrale-Supelec, Gif Sur Yvette, France; Daniel Enrique Lucani Roetter from Aalborg University, Denmark; and Claudia Campolo from the University Mediterranea of Reggio Calabria, Italy. The EMEA Region Distinguished Service Award was given to Fambirai Takawira from the University of the Witwatersrand, Johannesburg, South Africa. Every year, we also select a particularly active chapter to receive the Chapter Achievement Award. In 2016, this award was given to the Romania Chapter and presented at Globecom 2016 in Washington, DC, USA.

Bregni: What are the major challenges that you currently see in the EMEA Region?

Jajszczyk: We have two major challenges: one is membership growth in our region, and the other is increasing industry-academia cooperation.

The coordination of the latter is the responsibility of Ali C. Begen from Turkey, supported by Peter Rost from Nokia Networks, Munich, Germany. The task is not easy in the current business environment, taking into account industry restructuring, growing competition, and changes in the overall markets. However, I do hope that we will be able propose working initiatives to strengthen cooperation between industry and academia within the EMEA Region.

One of the issues that I would like to address as well is Com- Soc’s role in the current migration crisis in our region. I do believe that we have to find ways to help communication engineers from the Middle East and war affected countries of Africa who are currently trying to find refuge abroad, or are trying to survive in their countries. Frankly speaking, I do not have clear ideas on how to do that, so I would appreciate any input from our members.

Bregni: Besides those EMEA Board Members who you have mentioned already, would you like to acknowledge the contribution of others in particular?

Jajszczyk: I would like to mention here three other people who are playing very important roles within the EMEA Board. They are the past director, Hanna Bogucka, who serves as an advisor; Piotr Borylo, who is responsible for membership development and EMEA web visibility; and Carol Cronin, the staff representative whose role in running all our activities simply cannot be overestimated.

Bregni: Among the many activities that you are running, what will be the highlight next year?

Jajszczyk: At ICC’2017 in Paris, France, we will organize the EMEA Regional Chapters Chairs Congress. The Congress is intended to facilitate and encourage sharing, feedback, and networking among Chapter Chairs, staff, and ComSoc officers.