ECTI-CARD 2017: Quantum Computer for Classical Communication and Computer Engineers and a New Book 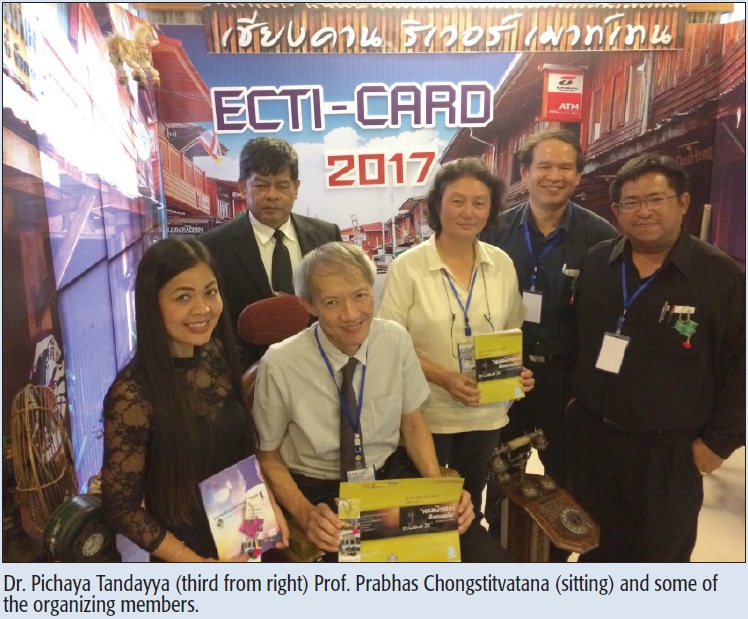 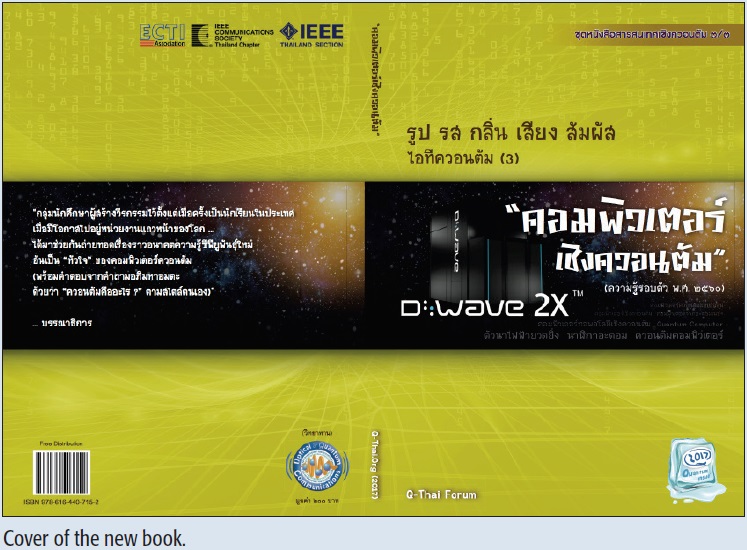 Another annual conference on applied research and development, ECTI-CARD 2017, was organized on 25–28 July at Chiang Khan (Loei province) by the ECTI Association. This 9th conference, a special talk entitled “Quantum Computer for Classical Communication and Computer Engineers,” was co-organized by the IEEE ComSoc Thailand chapter on July 27.

Surrounding in old-fashioned background of the fantastic Chiang Khan town with vintage phone decorations, the modern era of quantum computing debuted in our society.

At the beginning, Dr. Pichaya Tandayya from Prince of Songkla University (PSU) gave a short technical presentation showing the survey from the present engineering point of view. That was how software and hardware engineers should adapt to the new (quantum) comer. Then, an open discussion was followed and chaired by Prof. Prabhas Chongstitvatana, a former ECTI president.

After updating with contemporary local and worldwide R&D, various questions and answers from almost 20 participants were shown interestingly. In particular, it was discussed how future courses for both communication and computer engineering schools should be re-designed and how students, including faculty members, have to move along. In addition, the suggested solution to fight with FRAUD or fabricated publications mentioning “quantum mechanics,” was introduced as well.

Moreover at the end of this event, the first edition of the Thai Quantum Computer book was announced. That publication covers information started from the national computational history through a (loosing) lesson-learn on adoption of the supercomputer in Thailand, to the collection of fundamental quantum computing chapters from six Thai scholars who study at the leading institutes worldwide. Focusing on the general readers, it was written in a storytelling style with no need of technical background. It is serving free of charge for both printed and online versions.

Sound recording with selected presentation and pictures of this colorful talk are already composed into two videos at Q-Thai.org (Q-Clips menu). Widespread distribution of the book and related information for public realization is consequently expected after the conference. Due to the past national experiences in previous high risk and lost investment in many telecommunication and IT industries, a manifesto by the Thai Quantum Information (Q-Thai) Forum as being a “smart purchaser” for the future quantum IT system, is thus optimistically targeted and first mentioned in this conference. The new IT era is coming!