A Day With Children of SOS Village Jamshoro: A Loving Home For Every Child 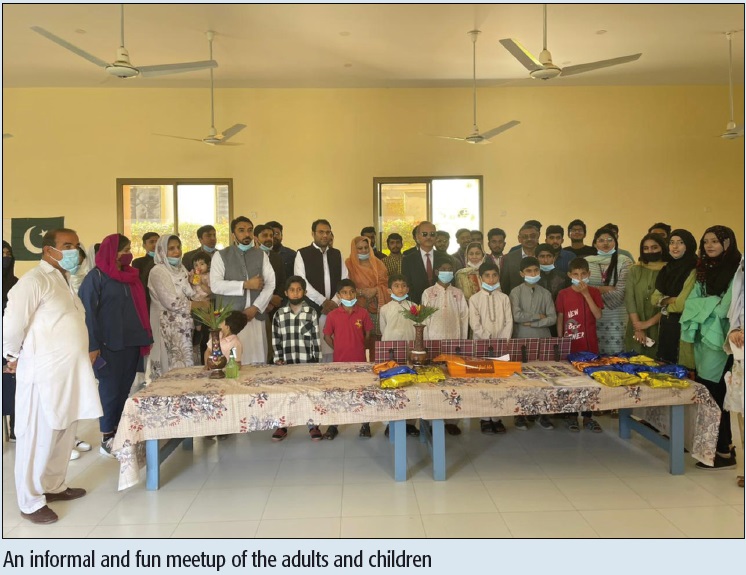 The IEEE Communication Society (ComSoc), Mehran University of Engineering and Technology (MUET), Student Branch Chapter in collaboration with IEEE ComSoc Karachi Section Chapter, IEEE Industrial Electronic Society (IES) Karachi Section Chapter, and QS World Merit Pakistan organized a Community Service (Social) event “A Day with Children of SOS Village Jamshoro: A Loving Home For Every Child” held on February 05, 2022. The theme of the event was “Spreading Smiles with the Children of SOS Village Jamshoro.” The SOS Children’s Villages (Save Our Soul) is an initiative which provides alternative families to children without adequate parental care. The children are taken into the custody without any discrimination of gender, religion, race or cast and are provided with shelter and love of a family.

The SOS Children’s Village, Jamshoro has been operational since April 2012. It consists of fifteen families where each family has the capacity for 10 children maximum at once. There are currently 108 children living in the care. This event was dedicated to show our love, affection and appreciation of the children living there.

This event was attended by forty-seven people (47), which included thirty-nine (39) IEEE members (including twenty-one (21) IEEE ComSoc Members) and eight (08) non-IEEE members. Upon arriving, the kids were called out by their caretakers to meet all the guests and members. Gifts were also distributed among the children for the sole purpose of expressing our affection to the future heroes. The event was free to attend and organized by Dr. Umair Ahmed Korai (Advisor, IEEE ComSoc MUET Student Branch chapter) and his IEEE ComSoc MUET student branch team members. The IEEE ComSoc MUET student branch team members donated gifts which costs Rs. 15,000 (PKR) to the children of SOS village.

The workshop was formally started with the interaction of participants with Mr. Riasat Ali Changazi, Chairman Saman-E-Shifa Foundation Karachi, and Group Captain (R), Pakistan Air Force who attended the event as Chief Guest followed by the speech of Prof. Dr. Bhawani Shankar Chowdhry, Professor Emeritus MUET and Chair IEEE Karachi Section attended as a Guest of Honor. Both appreciate the efforts of IEEE ComSoc MUET team for contributing their efforts and donations in the great cause. Following members have attended the said event as guest. 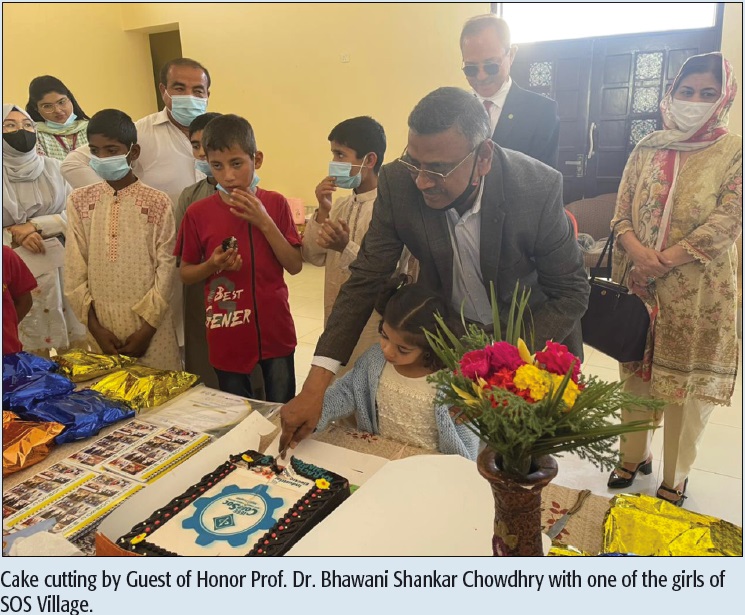 A couple of cakes were cut in the event to celebrate the birthday of one the kids at SOS village. An especially customized cake was ordered to uplift the environment. After a lot of fun with the children, the event ended with the vote of thanks by Dr. Umair Ahmed Korai to the chief guest, guest of honor, event collaborators, volunteers, and participants followed by shield and certificate distribution, and lunch. From an adult to a kid everyone was overjoyed with the expression of love and warmth, and everyone went on their ways with happy memories and a new ignited spirit of helping the underprivileged people of our society. 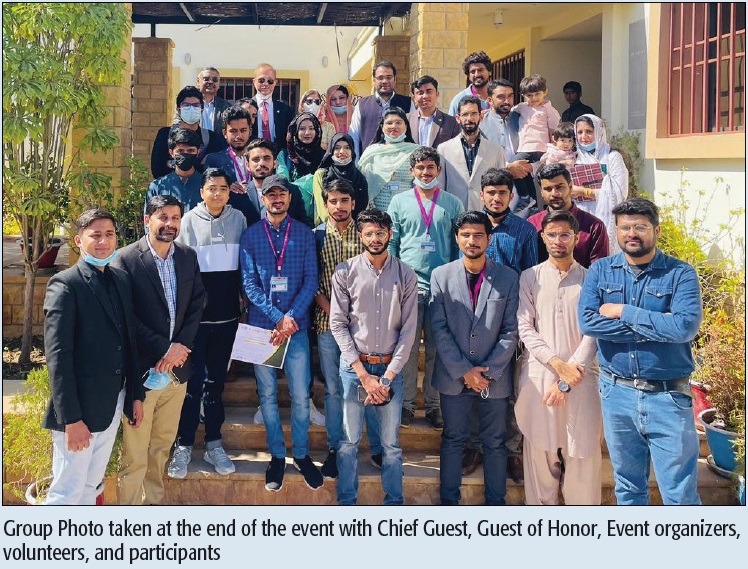 A Day With Children of SOS Village Jamshoro: A Loving Home For Every Child | GCN Global Communications Newsletter