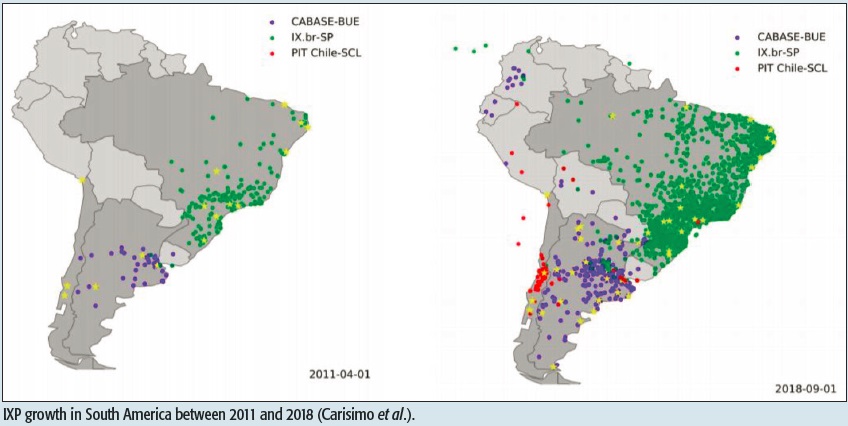 On March 25, 2021, a group of ComSoc chapter chairs and invited speakers joined a Discussion Panel hosted by IEEE ComSoc R9, where the topic was “Data Communication Services in Latin America Today and in 10 Years: A User Perspective”, organized by the Argentina and Chile ComSoc chapters.

The evolution of data services for the Internet has been far from uniform around the world. On the fixed side, there are regions where FTTH and WiFi6 have arrived, while other regions still lack any connectivity at all. On the mobile side, areas with 2G services are still available in an era when the top-of the line 5G is merely a dream. These contrasts are stronger in Latin America, where internal and international connectivity show the combination of national efforts and traffic demand.

The discussion panel was organized in two parts. The first part provided a brief description of reference state-of-the-art topics, ranging from communication infrastructure to access networks and security. The second part of the panel opened the discussion to the rest of the participants, following questions from the public.

The infrastructure part first introduced the research results of the evolution of IXPs in Latin America. The use of IXPs generates shared resources, specially from content providers, shorter round trip times, and opens the participation to smaller ISPs. The figure below shows the IXP growth in South America between 2011 and 2018 (Carisimo, E., Fiore, J.M.D., Dujovne, D., Pelsser, C. and Alvarez-Hamelin, J.I., 2020. A first look at the Latin American IXPs. ACM SIGCOMM Computer Communication Review, 50(1), pp.18-24).

Second, the discussion turned to the international undersea fiber optic links, the installed capacity and the geography-induced problems. Third, the relevance of the Mutually Agreed Norms for Routing Security (MANRS) for the region was addressed.

Then, the access networks and security part described briefly a number of security threats, a review of the evolution of data networks and trends in Nicaragua, an introduction to the reduction of the digital gap in Perú, and finally an overview of the difficulties on the road to 5G in Bolivia.

In the discussion part, the presenters answered the questions from the IEEE ComSoc members and general public who attended the meeting. There were both specific questions about the infrastructure trends in Latin America and about the different policies that the governments are promoting.

More than 220 people attended this online event, from different countries in Latin America.