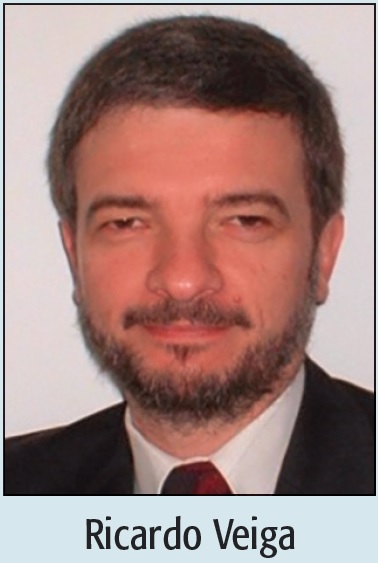 With more than 170+ Distinguished Lecturer events coordinated around the globe, two new contests addressing the Digital Divide and why ComSoc is a place for members to connect, the ComSoc community is providing opportunities to strengthen careers, knowledge, and career opportunities. The result of this transformational work is that the Society reached a milestone of 30,000 members.

One of the biggest drivers behind ComSoc’s growth was the launch of 21 Student Branch Chapters in 2021. Students, professional faculty members, and local ComSoc members recognized the opportunity to learn from one another through programs and professional networking, allowing them to build critical skills outside of the traditional classroom environment. The growth in Student Branch Chapters was a global achievement with Region 10 (Asia Pacific) gaining 12 new Student Branch Chapters, followed by 7 in Region 8 (Europe, Middle East, and Africa), and an additional 2 from Region 9 (Latin America).

Chapter work is an important part of ComSoc engagement. Notably, a special recognition should also be given to Professor Saewoong Bahk of the Seoul Chapter. Professor Bahk won the Membership and Global Activities Achievement Award for bringing in 50+ new members in 2021.

Engagement is also critical to growth. Students were the center of engagement again in ComSoc’s Student Competition with more submissions than ever under the leadership of Stefano Bregni and Nelson Fonseca.

Another shining example of increased engagement was ComSoc’s Young Professionals, led by YP Chair Shashank Gaur in 2020–2021. The YP team developed webinars, interviews, and countless events — online and offline — to bring together their peers, as well as veteran leaders. Most recently, the YP team partnered with the Women in Communication Engineering Committee, led by Maite Brandt-Pierce (2020–2021), for a five-part program at ICC including a Salary Workshop, and fireside chats from leading researchers in industry and academia. The results paid off as ComSoc’s Young Professionals now represent nearly 30 percent of the Society’s membership, and WICE membership is up to 2211 members!

Regions also provided new exciting sources of engagement with Hackathons (North American and LATAM regions), Industry-Student Panels (all regions), and more. Credit must be given to our four Regional Directors and their boards for these innovative programs that provided new opportunities for students, young professionals, and veteran members alike. In 2020–2021, Regions 1–7 (NA) were led by Fawzi Behmann, Region 8 (EMEA) by Christos Verikoukis, Region 9 (LA) by Nury Gabriela Ramirez Cely, and Region 10 (AP) by Sumei Sun.

For 70 years, ComSoc has served communications engineers as a growing global network. As a community, we believe that we are all called to communications technology. While our reasons and regions may be widely different, our goal is the same: to advance communications and networking technology for the betterment of humanity. At 30,000 strong, we are stronger than ever.

Trish Jaraicie, ComSoc’s director of marketing and membership, contributed to this article.