Comsoc Indonesia Chapter Activities in 2021: Stay Productive in the Pandemic 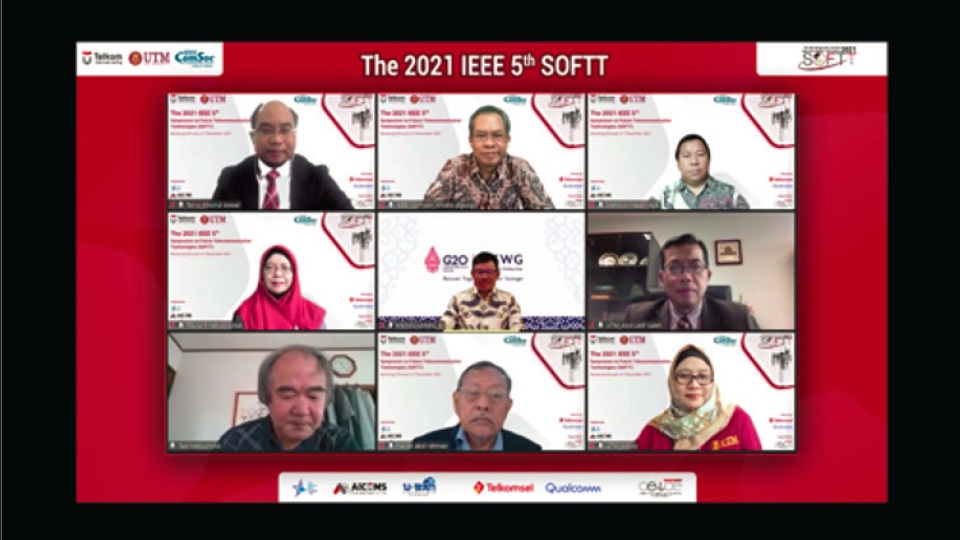 Even though the world in 2021 was still in a pandemic, the IEEE Communications Society Indonesia Chapter activities were still running well through online video conferences. Those activities consisted of 9 administrative meetings and 13 professional activities in collaborations with 6 universities in Indonesia as well as with IEEE ComSoc’s New York Chapter. Furthermore, the total membership of the ComSoc Indonesia Chapter has increased 37 percent, from 80 to110, through 2020 and 2021. As all activities were held virtually, it was accessible to a worldwide audience in real time. Furthermore, in the virtual conferences, all presenters were required to provide video presentations of their work in advance, but they still attended in real time during the online Q&A session.

The nine administrative meetings were mainly about coordination preparing IEEE international conferences between committees of the IEEE ComSoc Indonesia Chapter with the team from the universities. For the professional activities, there were 13 events, consisting of 8 international conferences, 3 webinars, and 2 Distinguished Lecturer Programs (DLPs). In the 8 conferences, there were 29 keynote presentations by academicians and industry leaders from 18 countries.

The first virtual international conference held in 2021 was the IEEE Asia Pacific Conference on Wireless and Mobile 2021 (ApWiMoB) held on 8–10 April 2021, focusing on wireless and mobile technologies. ApWiMoB was hosted by Telkom University and ARS University, and the IEEE ComSoc Indonesia Chapter was the sponsor and organizer of this event. ApWiMoB reviewed 110 papers and had a 40.9 percent acceptance ratio: 45 papers were accepted from 10 countries. The keynote speakers were Prof Shin Soo Young (Kumoh National Institute of Technology, Republic of Korea), Prof. Maryline Chetto (University of Nantes, France), and Dr. Fal Sadikin (Signify/Philips, the Netherlands).

The third was the IEEE International Conference on Industry 4.0, Artificial Intelligence, and Communications Technology (IAICT) held on 27–28 July 2021. There were 85 submitted papers from 32 countries. The acceptance ratio of submission was 57.6 percent (49 papers) with a minimum of 3 international reviewers each to maintain the quality of the papers. The keynote speakers were Danilo Pelusi (University of Teramo, Italy) and Prof. Indra Jaya (Institut Pertanian Bogor University, Indonesia).

The last conference this year was the 2021 IEEE Symposium on Future Telecommunication Technologies (SOFTT), which was held on 7–8 December 2021, hosted by Telkom University, where the IEEE ComSoc Indonesia Chapter was the sponsor. This event was also attended by the Minister of Communication and Information Technology, Republic of Indonesia, Mr. Johnny Gerard Plate, who gave an opening and keynote speech. The other keynote speakers were Prof. Gerhard Fettweis (Vodafone Chair Professor at TU Dresden, Germany), Prof. Tharek Abd Rahman (Commission Member of the Malaysian Communications and Multimedia Commission (MCMC), Malaysia), Prof. Tadashi Matsumoto (JAIST, Japan and University of Oulu, Finland), Marfani Hasan (VP Network Architecture and Design, PT Telkomsel), and Ehsanul Islam (VP Engineering & Head of Sales and Marketing Qualcomm, SEA).

Also, in 2021, the IEEE ComSoc Indonesia Chapter held three webinars. The first was Innovation Accelerations Using OpenSource Core as a Service in 5G Technology held on 23 July 2021, and the second was Strengthening Security and Intelligence in the Post-Quantum Era was held on 27–28 July 2021. The speaker of both webinars was Dr. Gandeva Bayu Satrya, a Senior Member of the IEEE ComSoc Indonesia Chapter. The third webinar held on 13 November 2021 was a collaboration with NetCo and the Indonesian diaspora in Japan, which was Telco Sharing Session “How’s the 5G in Japan.”

Then two Distinguished Lecturer Programs (DLPs) were held in 2021. First, on 4 September 2021, on “Channel Modelling for Evaluation of Communication System,” the speaker was Prof. Gamantyo Hendrantoro (Institut Teknologi Sepuluh November Surabaya, Indonesia), and the recording was also uploaded on the IEEE ComSoc Indonesia Chapter YouTube channel. The other DLP was in cooperation with the IEEE ComSoc New York Chapter on “Connecting Space Assets to the Internet: Challenges and Solutions”; the speaker was Prof. Mohammed Atiquzzaman (University of Oklahoma, USA).

As a concluding remark, it should be noted that Covid-19 has changed the activities landscape. Nevertheless, the IEEE ComSoc Indonesia Chapter has stayed productive, and our activities can be sustainable. There were numerous international conferences, topics, webinars, and DLPs with many collaborations held in 2021 as online events during the pandemic. Regardless of virtual events, the atmosphere of all the activities was as strong as an offline event. These have brought us such delightful experiences and lead to many potential collaborations with all of the components of the industry ecosystem in the near future.