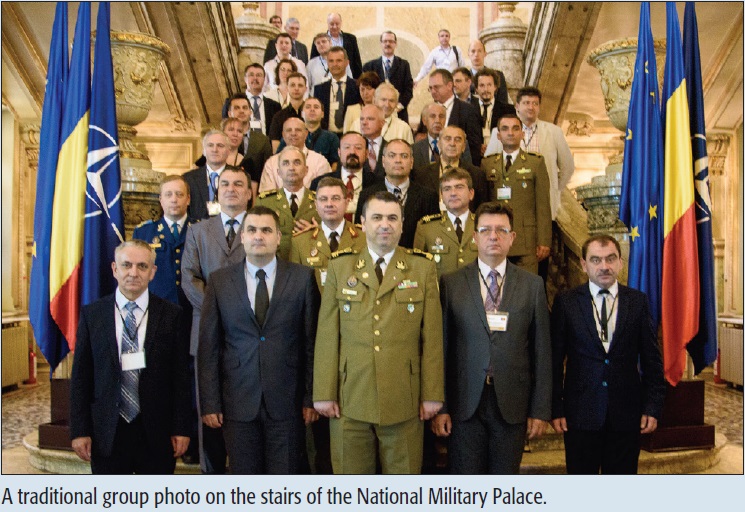 The 11th IEEE International Conference on Communications (http://www.comms.ro), organized by the Romanian Military Technical Academy, through the Department of Communications and Military Electronic Systems, and the Politehnica University of Bucharest, under the aegis of IEEE Romanian Section and Romanian Academy of Technical Sciences, was held on 9–10 June 2016, at the attractive National Military Palace, in the heart of Bucharest, the capital of Romania.

The history of the Romanian International Conference on Communications goes back to 1996, when the Military Technical Academy (MTA) and Politehnica University of Bucharest decided to create a forum to share knowledge and exchange information in the field of communication systems. The Military Technical Academy provides education in the field of communication systems for the Romanian Ministry of Defense and for other structures within the national security and defense system. As a result, the main topics of research are oriented toward command, control, communications, computers, intelligence, surveillance, and recognition systems.

Communications 2016 was organized into a plenary session, 15 regular parallel sessions, four special sessions, and one workshop. The workshop on the electromagnetic compatibility was organized by ANCOM, the Romanian National Authority for Management and Regulation in Communications, as an opportunity to present the Electromagnetic Compatibility Laboratory in Prejmer, Brasov, equipped at the highest standards with the latest generation of equipment. This provided a new opportunity to ANCOM President Catalin Marinescu to reiterate the objective that the ANCOM team should be involved in research in the field of electromagnetic compatibility, as well as an occasion to present the first two research papers jointly conducted by researchers from the Technical University of Cluj and ANCOM within the laboratory in Prejmer.

One popular session was “Antennas and Propagation,” in which six papers in the field of dielectric resonator antennas, pattern optimization with the help of genetic algorithms, adaptive beamforming, and metamaterials were presented by Ph.D. students and professors. The session on “Computational Intelligence” included six papers authored by researchers from India, Italy, Romania, and Switzerland. The covered topics included theoretical aspects, such as the stability of limit cycles in recurrent neural networks, issues in symbolic model checking, and local receptive field feature extractors. Applications ranged from prediction in the pre-paid mobile telecommunication industry to pattern recognition in space imagery, to handwriting recognition, etc. The mix of papers at least partly addressing fundamentals and of studies dealing with applications was key to the success of the session, with all papers eliciting more questions and discussion than the chairs were able to allow. This may indicate to the organizers of the next edition of the conference that they should organize a multi-session track devoted to “Computational Intelligence.” 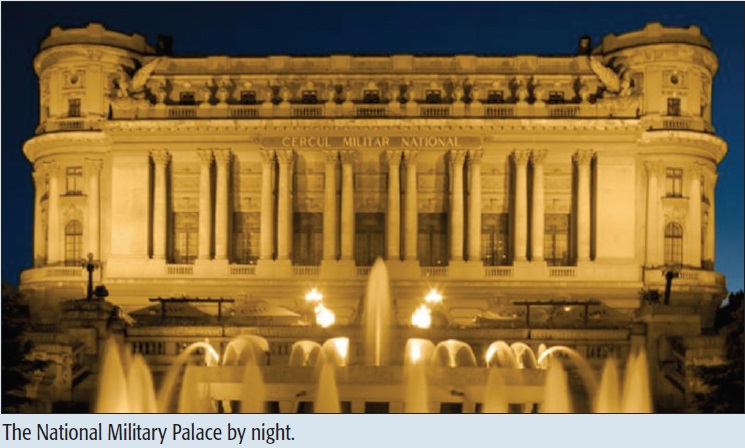 In the “Communication Security” session, the following topics were addressed by presenters from public institutions, research institutes, and universities: searching for encrypted data in cyber physical systems focusing on secure and efficient communication systems; a new framework for enhanced measurable cyber security in computer networks; design and validation in distributed intrusion detection and prevention systems; security issues in most popular content management systems, and determination of cyber threats and vulnerabilities of critical infrastructure. The topics were well addressed and were enthusiastically received by a large audience.

The session on “Network Operations and Management” included four papers dedicated to hot topics in different areas: OpenFlow, OTT video streaming, energy consumption in mobile networks, and distributed analysis of monitored data. The mix of papers indicates the diversity of the research problems existing today, and the high quality of the papers shows the strong research existing in Romania.

Prof. Adrian Popescu from Blekinge Institute of Technology, Sweden, presented the results obtained in the Celtic-Plus research project CONVINcE, which is focused on reducing the power consumption in video distribution networks, under the requirement of provision of expected end-user quality of experience. This is a three year project, with participation by industrial and academic partners in four European countries participate.

In his invited paper “Multiple Time Series Fisher Periodicity Test for the Detection of the Distributed New Shrew Attacks,” Dr. Paul Cotae, a professor at the University of the District of Columbia, focused on the detection of low rate denial of service attacks. The obtained results reveal that these attacks can be effectively identified by using a Fisher g-statistic test for one dominant periodicity, as in the case of Shrew attacks.

The fruitful collaboration with the universities from Bucharest, Timisoara, Cluj, and Iasi has contributed to the quality of the Program significantly. The conference participants had an opportunity to visit Mogosoaia and Snagov, highly appreciated tourist resorts close to Bucharest.