The year 2016 has been an exhilarating year for the ComSoc/VTS Malaysia Chapter. It is the year Kuala Lumpur, for the first time, hosted IEEE ICC. It is also the year the Joint Chapter won, for the second time in three years, the Chapter of the Year Award and the 2016 Chapter Achievement Award (Asia Pacific). Further, 2016 also marks 24 years of IEEE Malaysia Communication Society (ComSoc) Chapter and 10 years of the IEEE Malaysia ComSoc/VTS Joint Chapter. Over the past three years the Joint Chapter has received:

This is indeed a great honor for our Chapter, which started from a humble beginning in 1992 with about 60 members. The Chapter gradually grew until now we have more than 600 members, making our Chapter one of the largest chapters in the Malaysia Section. The recipe for success stems from the selfless commitment of successive groups of Executive Committees now led by Fazirulhisyam Hashim from the Universiti Putra Malaysia. The committee members are dynamic and dedicated people hailing from both academia and industry, making it an effective combination when conducting programs for the members. 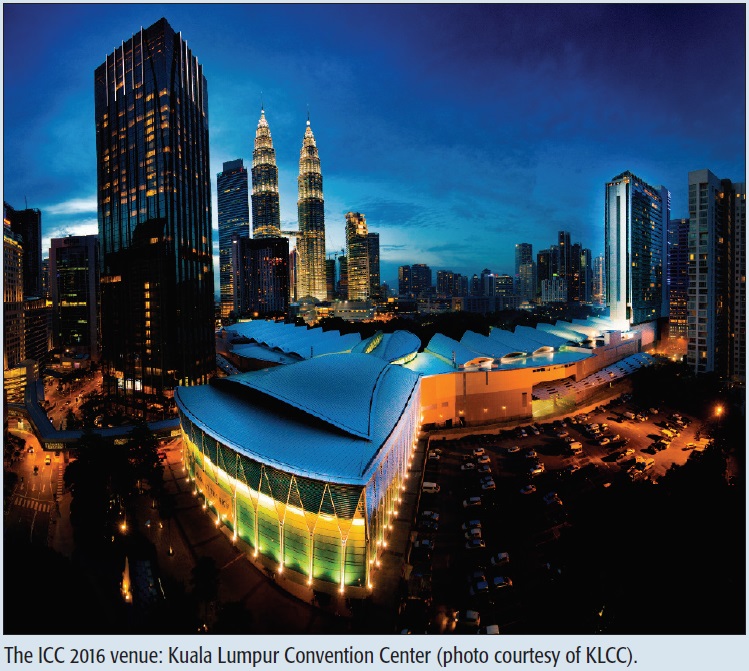 To highlight our 2015 activities, this Chapter organized 10 membership development programs at various universities and 68 technical, professional, and continuing education activities. Out of these, 11 are DLT/DSP talks given by six IEEE Distinguished Speakers from ComSoc and VTS. Apart from DLTs and DSPs, the Chapter organized and technically co-sponsored three conferences (TAFGEN, ICONSPACE and MICC), and a number of administrative and strategic meetings. 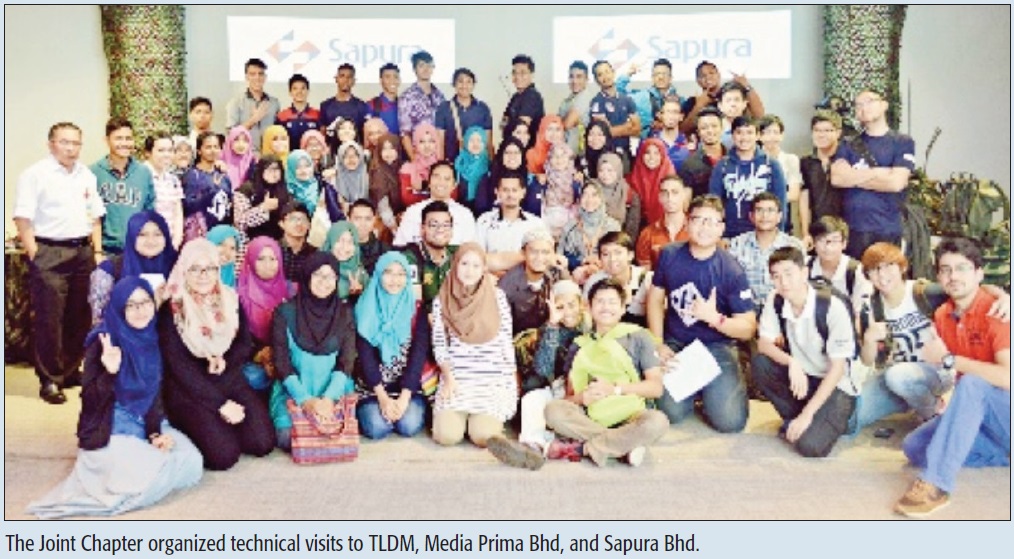 Reaching Out to Industry and Community

One of the highlights of 2015 is our engagement in community service. In early 2015 many areas in Malaysia, especially in the East Coast region, were inundated by a huge flood caused by exceptionally heavy rain. More than 200,000 people were affected, and many houses were totally wiped out, as were crops and livestock. The Chapter participated in the national Flood Humanitarian and Relief Mission to provide support to the affected areas by providing clothes, food, and cash for the affected people. We also provided support to rebuild the houses of the victims as well as motivating the children.

The Chapter realized the need to enhance its visibility in technical activities as well as in professional, community, educational activities, etc. In particular, we did the following:

We also organized a number of collaborative activities with the IEEE Malaysia Section and other chapters in Malaysia. Through these collaborations, we gave motivational talks and activities to IEEE student members to engage and participate in community service as well as sharing experiences with IEEE student branches in managing their branches, membership drives, and organizing various successful IEEE events.

In addition, Final Year Project Excellence Award in Communications were also organized at several universities around the country. Apart from evaluating the students’ project work and awarding the winners, our ExCom used this activity to meet our members and deliver short talks to promote IEEE and ComSoc/VTS.

In 2015 we also organized our very first ComSoc/VTS Awards, giving prizes to the Best Paper published in selected IEEE journals, Best Social Activity and Outstanding Dissertation Awards. These awards are intended to encourage IEEE members to produce high quality activities and projects, and to obtain recognition from IEEE.

Aduwati Sali, one of our ExComm member since 2014, was consulted by local authorities as well as appearing in a national satellite TV broadcast channel to give her expert opinion on the disappearance of flight MH370 in March 2014, highlighting the role of satellite communications technology in tracing the whereabouts of the missing aircraft. Apart from broadcasting media, she was also asked to conduct training and talks on satellite communications, as well as to explain how the data log helped the search and rescue operations.

The year 2015 was nicely concluded by the Chapter with the organization of our flagship Malaysia International Conference on Communications (MICC 2015) on 23-25 November 2015 in Kuching, Sarawak. This conference was officially opened by Rt. Hon. Datuk Sylvester Entri Muran, Deputy Minister of Public Facilities, Sarawak. The event was well covered by the local media.

As 2016 marks the 10th year celebration of the Joint Chapter, various activities have been planned to commemorate the event. Some of the key activities are:

Reaching Out to Flood-Prone Areas: This is a community project to educate the local community in flood-prone areas. A one-day event is being planned comprising a talk on amateur radio and how this communication technology can help the local community contact the flood control center and rescue workers.

Building Next Generation Workforce in Communication and Vehicular Technology: This seminar is aimed at industry players and researchers as well as students, and is focused on how communications and vehicular technology have shaped the workforce in Malaysia.

Defy Gravity–From Technical Expertise to Society: This sharing session is a motivational talk for IEEE members and volunteers, focused on how we can reach out to the society, using our technical expertise.

There were 14 Industry Panels with representatives from various industry giants such as Samsung, Nokia, Intel, Microsoft, NEC, China Mobile, and NTT Docomo, addressing issues related to 5G, IoT, and shared spectrum. Attendees had the opportunity for professional development by attending one or more of the 19 tutorials and 14 workshops on the latest breakthroughs in information and communications technology. We are grateful for all the patrons and supporters of the conference, which include Axiata, Huawei, National Instruments, the Malaysian Communications and Multimedia Commission, Keysight Technologies, the Ministry of Communications and Multimedia Malaysia, the Malaysian Convention and Exposition Bureau, and Tenaga Nasional Berhad.