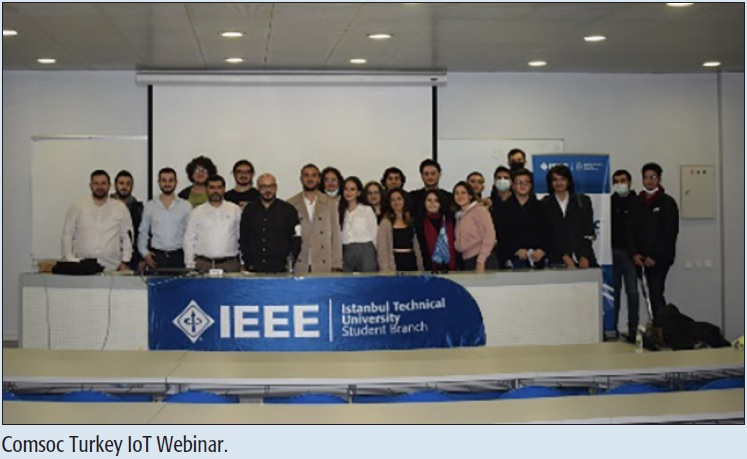 The coronavirus pandemic, which started in 2020, has brought significant restrictions in Turkey as it did all over the world. One such restriction was that universities had to switch to online learning. Because of this, in 2021 both the IEEE ComSoc Turkey Chapter and the IEEE ComSoc Student Branches had to organize their events, tutorials, workshops, and competitions online.

IEEE ComSoc Turkey Student Branches held numerous events in 2021, and the biggest one of these was the 4th ComSoc Turkey Boot Camp. Online lectures were given by renowned tech companies such as Huawei, Turk Telekom, Argela, and NetRD during the two-day event. Another event organized by IEEE Turkey ComSoc in 2021 was the IoT Webinar. The webinar was given by Ericcsson Turkey’s Deputy General Manager. The last event of the year, Radiothon, was co-organized with IEEE Manisa Celal Bayar University.

Meanwhile, the Student Branches continued to organize their own events. Besides two panels and two conferences, many tutorials and workshops were organized by Istanbul Technical University. One of the conferences held this year was the 12th annual Communications Week, which aims to introduce students to ComSoc and inform students about the communications industry. Another conference held by the IEEE ITU ComSoc Chapter was TECH, an event co-organized with WIE, which was about gender equality and recent developments in the communications industry. Another event, Future on The Line, was held online from May 22–23. In the event, topics such as 5G VoIP and Vehicle to Everything were covered. The last event organized by the IEEE ITU ComSoc Chapter in 2021 was the Electronics and Communications Panel, in which experts from both industries were invited to talk about their respective fields. 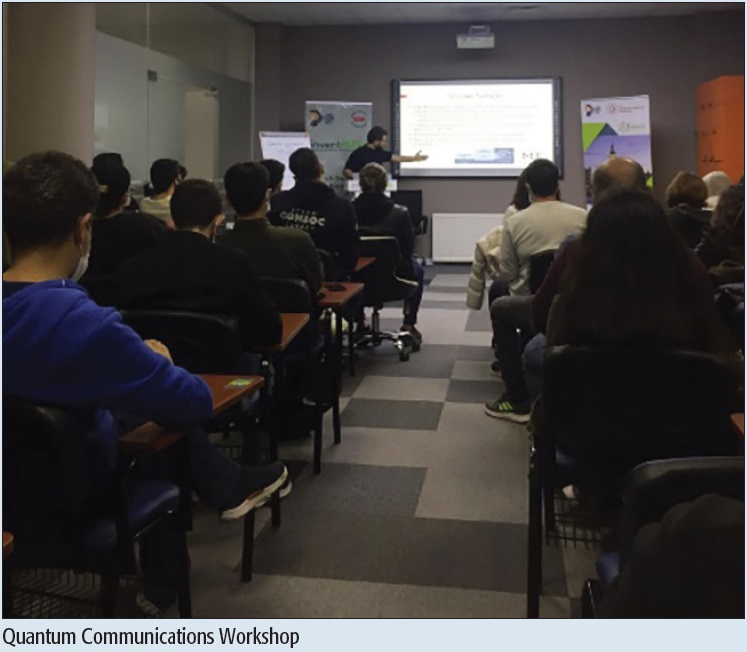 The newest ComSoc Student Chapter was founded at Istanbul University-Cerrahpasa in 2021. After its establishment, the chapter organized various workshops, such as Quantum Communications Workshop by associate professor Suayb Arslan. Another workshop was given by Ilhan Bagoren, where ComSoc members were informed about 5G.

IEEE Cankaya University ComSoc Chapter also organized various events in 2021. Gokhan Kalem from Turkcell was interviewed about the development of 5G technology in Turkey and the world. Also, a MATLAB tutorial was given by Erkam Cankaya from Figes Engineering.

IEEE Gazi University ComSoc Chapter organized training on Linux and MATLAB besides organizing conferences. MATLAB training, co-organized with RAS, was given by Koc University research assistant Burak Ozpoyraz and was given via Zoom, and Linux training was broadcast live on YouTube. The Career Adventures conference was held on YouTube as well. Salih Atmaca from Ronesans Holding and Berkay Diril from Proline Bilisim Sistemleri shared their career experiences. Finally, the ComSensUs Konferansi (ComSensUs Conference) was held online due to COVID-19 restrictions and was about topics like amateur radio, 5G, IoT technology, and new trends.

IEEE Tekirdag Namik Kemal University Comsoc Chapter organized the 3rd COM101 event on YouTube. In this event, important organizations such as NASA, Ericcson and Turkcell were invited to talk about topics like 5G, smart search systems, cybersecurity, and space technologies.