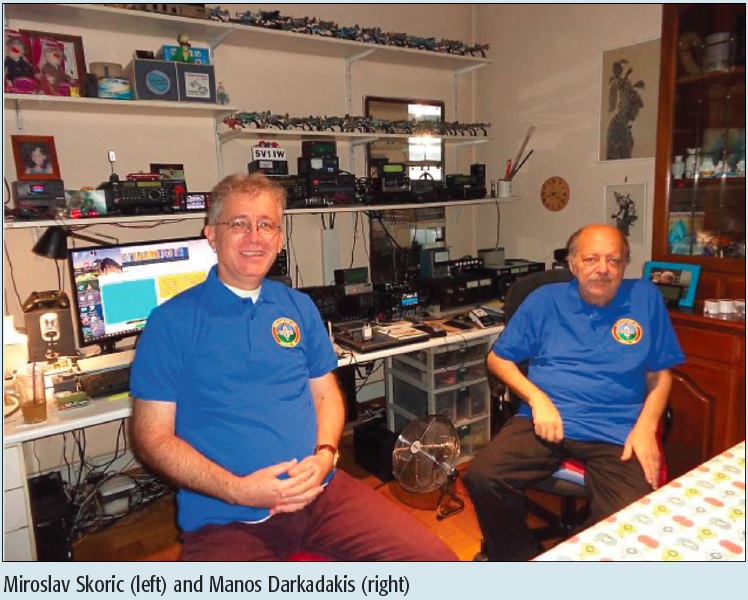 The 26th IEEE Symposium on Computers and Communications (ISCC) 2021 was held in Athens, Greece, from 5 to 8 September 2021. Because of the Covid-19 pandemic, it was uncertain until just a few days before whether ISCC would be held in person, hybrid, or fully virtual. It was also unknown whether the meeting would take place at the University of Piraeus in the case of a face-to-face (F2F) event. That produced some further uncertainty for those who planned to travel to Greece, related to accommodation options, local transportation in pandemic times, and so on. 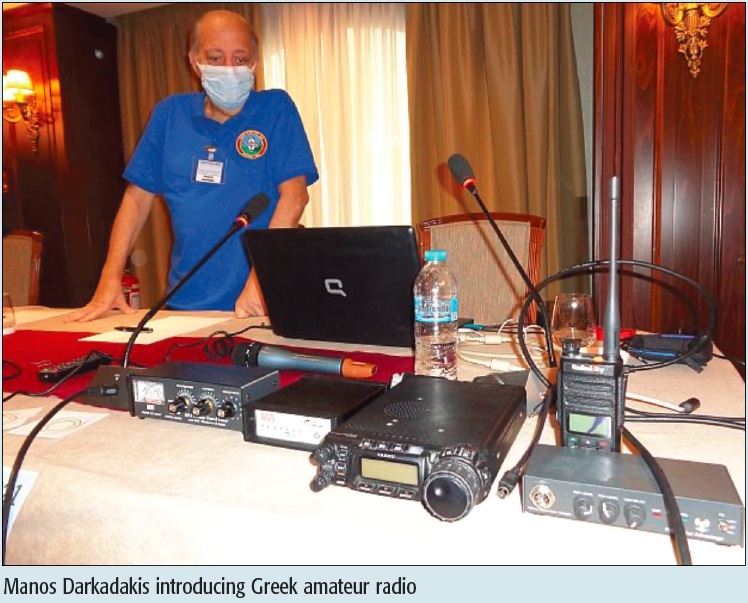 Finally, it was announced that the F2F session of IEEE ISCC 2021 on 8 September would have been held at the Hotel Electra Palace, in the center of Athens, co-located with the inaugural edition of the new ComSoc IEEE International Mediterranean Conference on Communications and Networking (IEEE MeditCom 2021), 7–10 September 2021, which was postponed from the previously planned date in July. The F2F sessions of the two conferences were held in two nearby rooms at the Electra Palace. According to the new governmental directives, which were valid from 6 September 2021 until 13 September 2021, all meeting participants must have had a Covid-19 vaccination certificate or a proof of recovery from Covid-19. All other participants had to attend the meeting virtually (through live streaming).

ISCC hosted three half-day tutorial sessions: two of them were scheduled as online presentations, while the third, “Hardware & Software Options for Experimenting with APRS™ Networks,” was performed in person by Miroslav Skoric from IEEE Austria Section and Manos Darkadakis, former president of RAAG (the Radio Amateur Association of Greece).

The Amateur Packet Reporting System (APRS) is a wireless predecessor of the Internet of Things (IoT). Some say that APRS became the first functional IoT much before the term IoT “became fancy.” It appeared in early 1990s as an amateur radio system for multilateral informing on what was going on in a geographical area, and has been continually upgraded with new features. 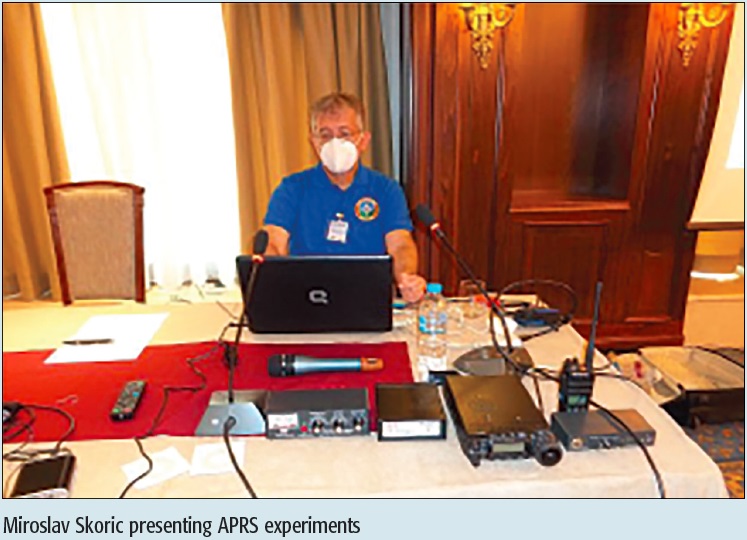 APRS includes weather-related information, movable objects information (car traffic), road works, nearby gasoline stations, announcements for incoming radio amateur gatherings, home locations of “hams,” repeater frequencies, and so on. The primary purpose of APRS was to help radio enthusiasts who traveled through unknown territories (say foreign countries, or remote states/provinces in a large country) to feel comfortable by looking at the display of their mobile (vehicle) transceivers (or even handheld amateur radios) without any need for cell telephony or Internet providers. The system uses a single VHF radio frequency across a continent, so there is no radio channel change after crossing national borders.

During approximately an hour and a half, the speakers introduced the audience to technical requirements for prospective new participants in this amateur radio positioning system. A small technical display included VHF and HF radio stations, an antenna tuner, GPS/GNSS receivers, packet radio and pactor modems, as well as various computer software. Even though it was initially planned, a real-time experimentation and practical demo was not possible because of uncertainties related to the conference venue and possibilities for temporary antenna installation. M. Darkadakis informed the audience about the actual amateur radio practices in Greece, and introduced local APRS activities. Among those was his own weather station at his home in the center of Athens. M. Skoric reported on experimental results that were obtained by a temporary amateur radio setup at a hotel room in Piraeus during the preceding week.

The test station in Piraeus included VHF and HF radio transceivers, antennas, and a GPS (GNSS) receiver that collected and then re-transmitted the operator’s temporary location to the air. That enabled both local (Greek) and remote (international) participants in the APRS network to learn about the “new” station in Greece and benefit from its existence. For example, that APRS setup was attached to a portable email server for amateur radio messages, which could be used as an alternative email provider — particularly in cases of emergency such as earthquakes, cyclones, and floods.