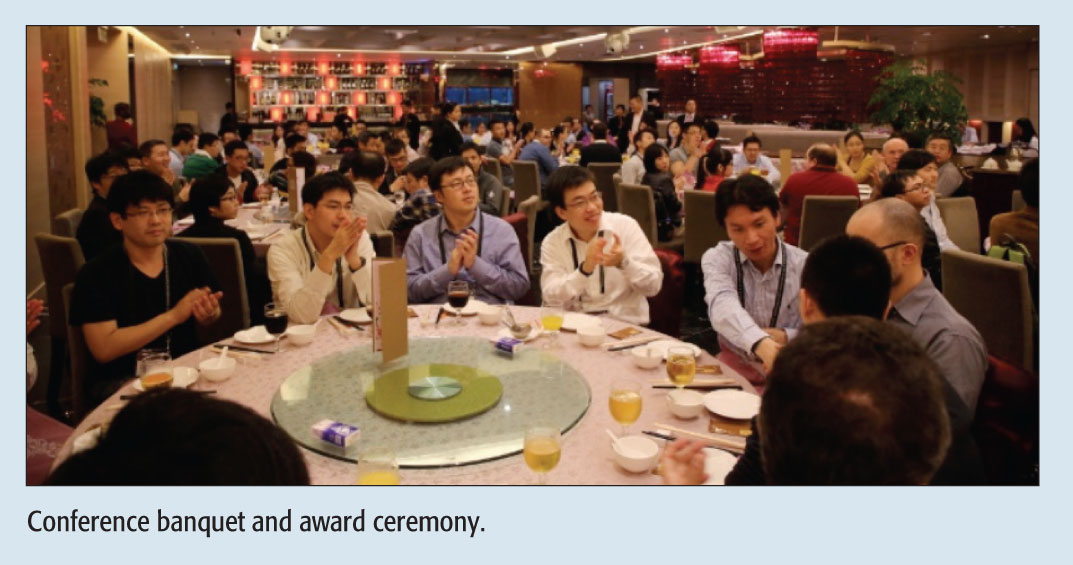 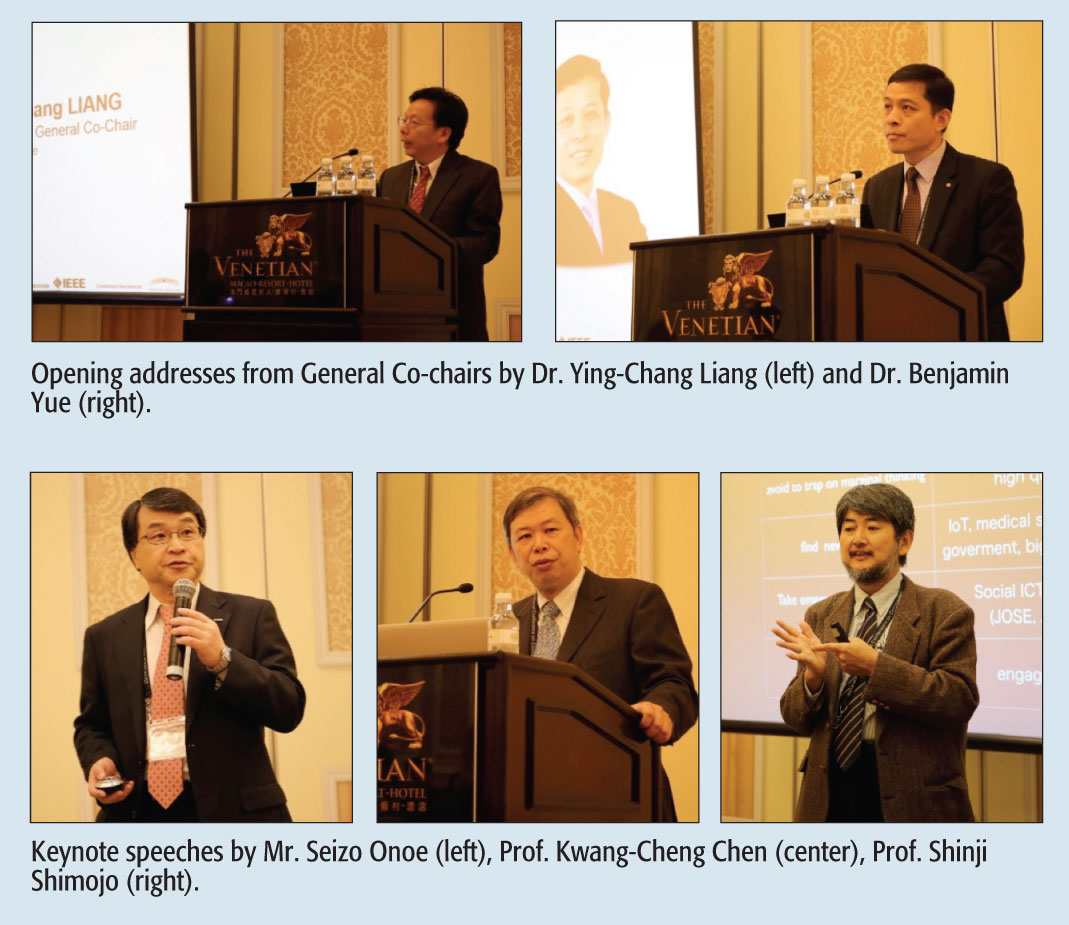 The conference banquet was held on the second day at the restaurant in the conference venue to promote the social interac-tion among the attendees. The award ceremony was also held during the conference banquet. The Best Paper Award was given to “Matrix Optimization Problems for MIMO Systems with Matrix Monotone Objective Functions”, authored by Chengwen Xing(Beijing Institute of Technology and University of Hong Kong, P.R.China), Shaodan Ma (University of Macau, P.R. China), and Yiqing Zhou (Chinese Academy of Science, P.R. China). The Best Student Paper Award was given to “SOAR: Strategy-Proof Auction Mechanisms for Distributed Cloud Bandwidth Reservation”,authored by Yang Gui, Zhenzhe Zheng, Fan Wu, Xiaofeng Gao,and Guihai Chen (all from Shanghai Jiaotong University)

This is the second time that ICCS was held outside Singapore,and it attracted more than 120 participants from the Asia Pacific Region as well as from Europe and North America. IEEE ICCS 2014 was a very successful event, thanks to the active participation and involvement from the authors, TPC members, and attendees, and strong support from colleagues from Macau.